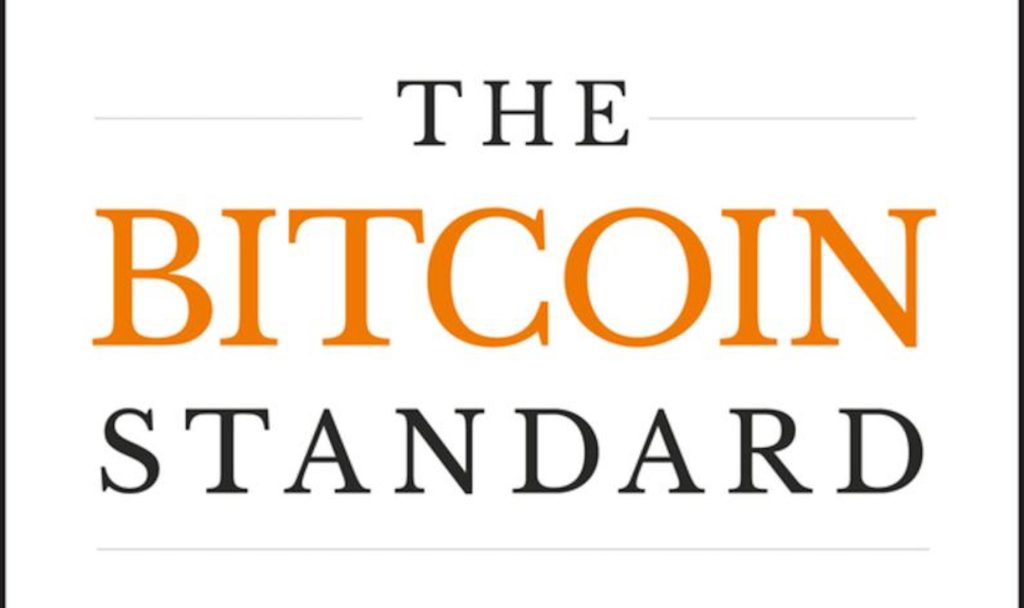 For centuries the inhabitants of Yap Island, in the western Pacific Ocean, used an unusual form of money called Rai stones. These were large doughnut-shaped disks made of limestone that weighed as much as four metric tons. Instead of being carried by those who owned them, these massive stones were placed in public locations for all to see. When a transaction was made, the owner would announce the transfer of ownership, so everyone knew who owned which Rai stones. The supply of these stones on Yap Island was limited, as they were hard to produce and hard to move. As a result, they retained their value for a very long time—until Irish-American captain David O’Keefe came along in 1871. Using explosives and modern tools, O’Keefe quarried many Rai stones on a neighboring island, Palau, and imported them to Yap. As the supply increased, Rai stones were devalued and eventually demonetized.

Economics professor Saifedean Ammous tells this story in his book, The Bitcoin Standard: The Decentralized Alternative to Central Banking. Despite its title, the book is about more than just Bitcoin, a discussion of which is confined mostly to the last three chapters. The first seven chapters, by contrast, are about the nature, history, and evolution of money.

The “quintessential function that defines money” (3), Ammous points out, is its salability, or ability to be exchanged for other goods. Secondarily, he says, money is a store of value. For a good to retain its value and thus salability long-term, it must be durable and hard to produce. Ammous uses the typical term for money that meets this requirement: “hard money.” If money is too easy to produce, rapid increase in supply will debase its value. Such money is called “easy money.”

The best measure of the hardness of money, Ammous tells us, is the stock-to-flow ratio. This is the existing amount of accumulated money divided by new annual production of that form of money. The higher the ratio, the harder—and more sound—the money. Using Ammous’s example, the ratio of existing Rai stones to new ones on Yap Island decreased as production of new stones increased.

A key idea that Ammous stresses throughout the book is that, historically, money has evolved with advancing technology. Most goods that lost their monetary role—from seashells in North America to glass beads in Africa—did so because new technology made them easier to produce. As a result, those goods no longer had viable stock-to-flow ratios.

The goods that emerged as the best forms of money were precious metals, including gold and silver. Ammous points out that unlike most other metals, gold is rare and virtually indestructible, so it’s accumulated slowly. As a result, gold has a very high stock-to-flow ratio. For more than twenty-five hundred years, gold has been used as money in various places, but its heyday came in the 19th century with the emergence of the international gold standard. “A case can be made,” Ammous writes, “for the nineteenth century . . . being the greatest period for human flourishing, innovation, and achievement that the world had ever witnessed, and the monetary role of gold was pivotal to it” (34).

He recounts how the gold standard tragically was ended during World War I. Most governments eventually replaced gold with unsound, fiat money—and the results were disastrous. Just as the gold standard fostered an era of unprecedented economic progress, so fiat money helped turn many nations’ economies into “centrally planned and government-directed failures” (51).

Ammous discusses why there have been fifty-six cases of hyperinflation since WWI and points out that even if mainstream economists were correct about the benefits of a government-managed money supply, which they’re not, the destruction from a single episode of hyperinflation far outweighs any alleged benefits.

Although Ammous provides a historical case showing that gold is superior to fiat money, he argues that the gold standard nonetheless had a flaw. He says, “settlement in physical gold is cumbersome, expensive, and insecure, which meant it had to rely on centralizing physical gold reserves in a few locations—banks and central banks—leaving them vulnerable to being taken over by governments” (37–38).

This brings us to Bitcoin, which Ammous contends is the next stage in the evolution of sound money. Having no physical presence or manifestation, Bitcoin is purely digital cash, also called a “cryptocurrency.” It is a decentralized network that enables permissionless, peer-to-peer payments without requiring third-party intermediaries. Why is this important? According to Ammous, eliminating third parties lowers transaction costs, speeds up settlement of payments, and reduces the possibilities of theft, fraud, or technical failure. It also makes the transacting parties less vulnerable to surveillance, confiscation, and bans by political authorities.

Certain businesses around the world run the Bitcoin software on their computers in order to verify transactions and maintain the Bitcoin network. These businesses are called “miners,” and the Bitcoin protocol automatically rewards them with new Bitcoins. The rate at which new Bitcoins are mined and rewarded is reduced by half every four years and will continue in this manner until the total supply reaches twenty-one million Bitcoins, which is estimated to occur around the year 2140. Because Bitcoin was designed and programmed in such a way to limit its supply, it is the first example, according to Ammous, of a digital good that is scarce.

Bitcoin, in short, is a new form of money for the internet era. As Ammous explains, Bitcoin was designed to incorporate the best monetary features of gold while avoiding the physical drawbacks of storing, safeguarding, and moving it. People can digitally transport Bitcoin to anyone, anywhere on the globe, without third parties and without anyone’s permission.

In the final chapter of the book, Ammous answers common questions about Bitcoin, such as whether the immense amount of energy required to maintain and secure the Bitcoin network is wasteful, whether Bitcoin can scale, and whether other cryptocurrencies pose a competitive threat to Bitcoin. Of particular interest here is his contrarian view of “blockchain,” one of the technologies underlying Bitcoin. Many pundits, journalists, and business leaders are enthusiastic about the potential of blockchain, but not necessarily of Bitcoin. Ammous argues that this enthusiasm is unwarranted. The main purpose of blockchain is to remove dependence on third-party intermediaries, a function well suited for digital transactions. But, Ammous says, “It is outside the realm of possibility that a technology designed specifically to eliminate third-party intermediation could end up serving any useful purpose to the intermediaries it was created to replace. There are many easier and less cumbersome ways of recording transactions” (262).

Ammous devotes much attention to showing the bad effects of unsound money, but not just the economic effects. He argues that unsound money has caused the sorry state of modern art. The only thing he shows, though, is a correlation. Perhaps he deserves some credit for trying to connect the two. But rather than unsound money directly causing trashy art, a far more plausible hypothesis is that both are the symptoms of a deeper cultural-philosophic cause. Further, whether or not one agrees with his negative view of modern art, his discussion is laced with ranting, ponderous, run-on sentences. Such poor writing, however, is confined only to this passage of the book.

Ammous says “people are able to keep the bulk of their bitcoin savings in storage away from government’s hands” (206). Yes, they can. But the question is: Will they? Apparently, Ammous doesn’t think so. People “with significant holdings will eventually resort to keeping them in one of the growing number of services for safe custody of Bitcoin” (237).

If the future unfolds this way, then it is hard to see exactly how a Bitcoin standard would avoid suffering the same fate as the gold standard. As Ammous writes, centralizing “physical gold reserves in a few locations—banks and central banks” left it “vulnerable to being taken over by governments” (37–38). If most people store their Bitcoin with banks and other third-party custodians, as Ammous thinks they will, what would stop the government from nationalizing Bitcoin as it did gold?

Ammous says that as Bitcoin grows, it might not be used primarily as a currency for everyday transactions but chiefly as a global reserve currency, used for final settlement of large payments among banks and central banks. This prediction seems to contradict the subtitle of the book (The Decentralized Alternative to Central Banking). Instead of arguing that Bitcoin will make central banks obsolete, he argues that central banks will use it. Bitcoin, he says, “is likely to attract the attention of central banks with an eye on the future. If Bitcoin continues to appreciate significantly, it will provide the central bank more flexibility with their monetary policy and international account settlement” (211).

Fortunately, the strengths of The Bitcoin Standard far outweigh its weaknesses. Ammous surveys the essential history of money, and he ably defends sound money. In contrast to the many voices that are either pro-gold/anti-Bitcoin or anti-gold/pro-Bitcoin (or anti-both), Ammous offers a fresh perspective. Placing Bitcoin in a broad historical context, he makes a good case that it has the potential to be the next stage in the evolution of sound money.

Michael Dahlen is the author of Ending Big Government: The Essential Case for Capitalism and Freedom. He holds a Master of Science in finance and economics from Walsh College and a Bachelor of Science from Penn State University. His articles have appeared in Skeptic, Liberty, and American Thinker. He is a managed accounts administrator for SEI Investments.
View all posts by Michael Dahlen →
What Justice Demands: America and the Israeli-Palestinian Conflict by Elan Journo
How to Challenge Racism in College Admissions
Return to Top