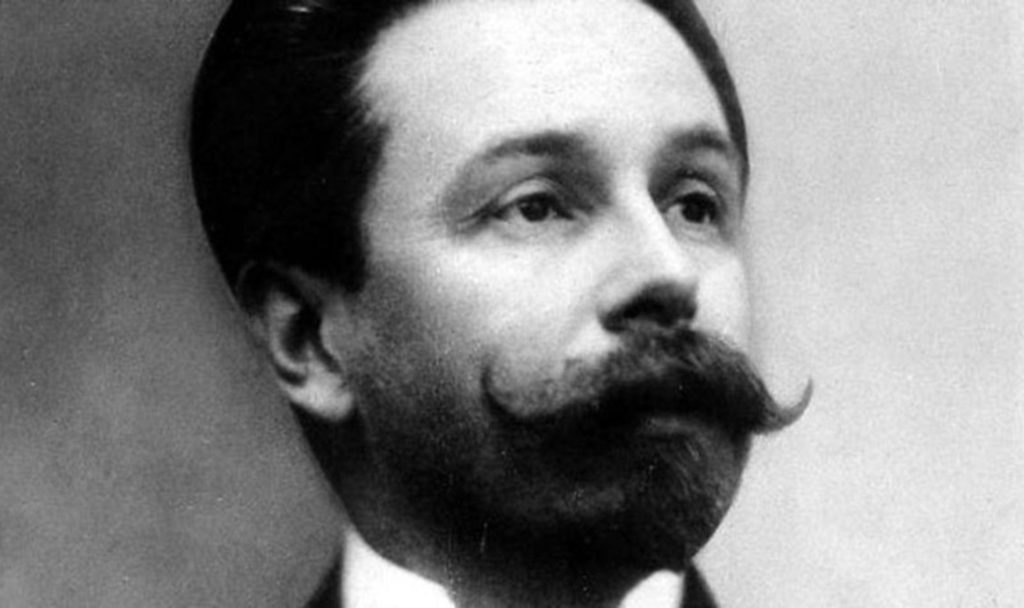 The romantic composers were an eccentric lot, but even so, Alexander Scriabin is in a world of his own—almost literally, given his embrace, late in life, of a mystical vision he called “the Mysterium.” He labored periodically on a concept piece that would express this idea; it would be performed for a solid week along with a synchronized light show, and would trigger the end of the world.

Or so he thought. We’ll never know, because he died before he finished it, of a bacterial infection that began with a sore on his lip. He did leave behind such unfathomable hocus-pocus as Prometheus: A Poem of Fire. But fortunately, he also left the gorgeous piano pieces that he wrote before 1900, which still enthrall—at least, those who have heard of him. Although widely admired by his peers—most notably his contemporary, Rachmaninov—Scriabin’s music was eclipsed when the Soviets condemned his impassioned individualism as contrary to socialist doctrine. Westerners, too, eventually decided his style was obsolete. Critics of the 1920s condemned his “self-aggrandizement” and “incredible egomania.” Aldous Huxley called his music hopelessly “voluptuous.” Arthur Rubenstein lamented in the 1960s that the music world now valued “coldness” over the “warmth” of Scriabin’s style. “Look at those moderns who are so popular,” he said. “Where’s the lyric sweep? The heart? No, today rejects Scriabin and his romanticism.”

Voluptuous is certainly the word for it, as is obvious from Dmitri Alexeev’s new collection of Scriabin’s complete preludes, part of his effort to record all of the composer’s works. Along with the complete etudes, which Alexeev released in 2015, they reveal the intensity of an artist who poured the undiluted ardor of his heart into the piano.

Small—barely over five feet—with an exuberant moustache and tiny hands for a pianist, Scriabin lived the kind of Byronic life one expects of a romantic composer. He wrote his early preludes and etudes while in the throes of two intense love affairs—one with a gorgeous fifteen-year-old girl named Natalya, the other with a mysterious figure known only as M. K. F., with whom he spent several tumultuous months in Paris four years later. He proposed to both. Natalya refused; M. K. F. said yes—but was overruled by her family. For Natalya he wrote his loveliest works: twelve etudes that vary from the carefree C-sharp to the revelatory D-sharp minor. The preludes he composed during his time with M. K. F. are delicate and haunting.

Together, these works surpass anything by Chopin, Liszt, or Tchaikovsky for their emotional depth and technical complexity. They’re exceptionally hard to play, but they give performers an unusual range of discretion, too. In fact, Scriabin was known for improvising when performing his own works, even altering the tempi or striking notes that were not on the page. Audiences felt swept away by the spontaneous and vivid results, and we can judge for ourselves to some degree, because although gramophones did not yet exist, Scriabin did preserve some of his performances on player piano rolls, a rudimentary recording technology that worked by cutting holes in paper to mark key strokes. Some of these are now available, and as musicologist Anatole Leikin observed in 1996, they demonstrate the liberality of the composer’s own interpretations. “The guiding principle of Scriabin’s performance is freedom,” wrote Leikin, meaning that “the personal style of the performer” is expected to have a greater influence than with many composers.

Personal style does indeed noticeably affect the many available recordings. Take the rapturous Etude in D-sharp minor, Scriabin’s most beautiful achievement. The creator himself played it with stops and starts that give it a hasty, almost argumentative quality. Vladimir Horowitz (who, as a child, once performed for the composer) attacked it with a candid rapidity that only glanced at the graceful middle section before thundering into its stormy conclusion. Chitose Okashiro, by contrast, employs a concentrated restraint that lets each section blossom like roses in a time-lapse video. Alexeev begins coolly, giving the middle an echoing effect, patiently rising in crescendo. The music is rich enough to warrant all of these variations and more.

In sequence, Alexeev’s preludes also reveal the evolution of Scriabin’s style, from the earliest, with their rich lyricism; to the middle works, which shimmer like jewels on a veil, reminiscent of Debussy (whom Scriabin accused of ripping off Russian musicians); and finally into the challenging, abstract works composed in 1914, a year before his death. These still have lovely qualities but yearn toward the occultism he hoped futilely to convey. The album, fortunately, contains none of Scriabin’s final period of atonal obscurity.

Fans of voluptuous romantic music will applaud Alexeev’s expertise at preserving these evocative masterpieces, enabling us to cherish Scriabin, even while regretting his disappearance behind the shroud of his cryptic obsessions.

Timothy Sandefur holds the Duncan Chair in Constitutional Government at the Goldwater Institute and is a contributing editor of The Objective Standard.
View all posts by Timothy Sandefur →
“Ayn Rand Said” Is Not an Argument is Now Available in Portuguese
TOS Is at LibertyCon 2019 in Washington, DC
Return to Top