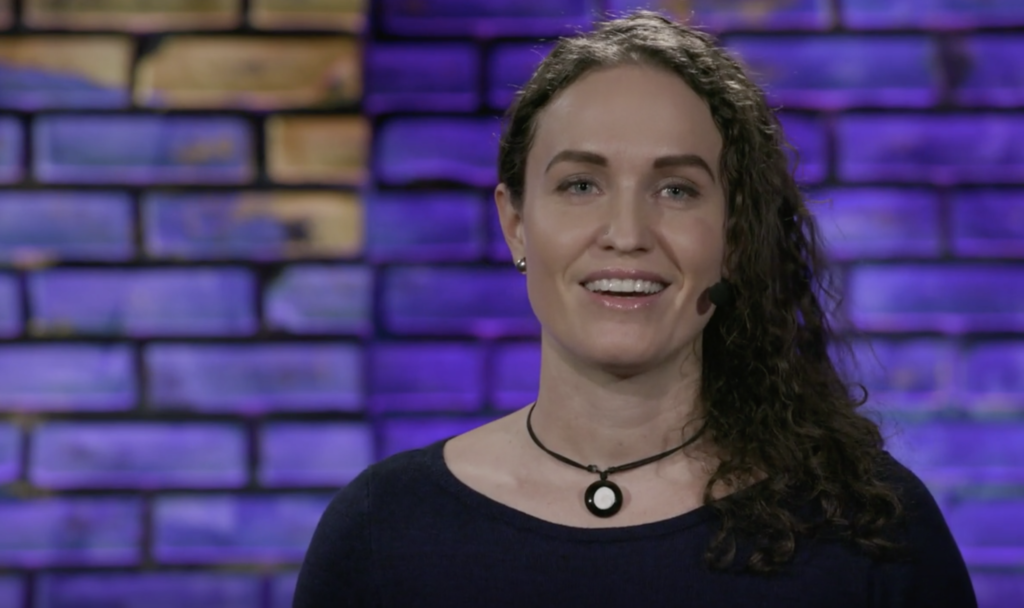 Is there anyone who
Ever remembers changing their mind from
The paint on a sign?

Megan Phelps-Roper was five when her parents first put a picket sign in her hands. Westboro Baptist Church (WBC), founded by her grandfather Fred Phelps, was protesting what members believed was an unacceptable number of gay men in their town’s park. She couldn’t read yet, but she held the sign jubilantly, the way other kids her age might hold cotton candy. It read: GAYS ARE WORTHY OF DEATH.1

This, WBC’s first picket, inaugurated the church’s favored tactic of spewing contempt at those whom its influential members decided that God hates. Since then, the church has become infamous for picketing the funerals of gay men who die of AIDS and of fallen soldiers, whose deaths WBC members believe are God’s punishment for America’s increasing acceptance of homosexuality.

WBC members show up at funerals, commencement speeches, and conferences across the country to chant and wave signs with messages such as “No fags in heaven” and “Thank God for IEDs.” The church’s website, GodHatesFags.com, reports that WBC has conducted 63,762 pickets to date.

Phelps-Roper, suckled on the idea that every human tragedy indicates God’s retribution for sin, recalls hearing about the 9/11 terrorist attacks while at her high school—and she remembers celebrating. By then, she was accustomed to the horrified reactions of “outsiders,” having spent her entire life traveling the country with her flock and trumpeting WBC’s vicious message. “In my home,” she says, “life was framed as an epic spiritual battle between good and evil. The good was my church and its members, and the evil was everyone else. . . . We were constantly at odds with the world.”2

In 2009, when she was twenty-three, she took that battle to Twitter. But something unexpected happened. Among the justifiably outraged multitude who responded to her were a few individuals who calmly pressed her with questions, pointed out the logical inconsistencies in her positions, and presented opposing points of view. These few, she recalls, “didn’t abandon their beliefs or their principles, only their scorn.”3

Very gradually, and with helpful prodding from her “enemies” on Twitter, Phelps-Roper began holding WBC’s doctrines—and later, the doctrines of Christianity more broadly—up to the light of reason and inspecting them for herself. She says:

There’s this passage in Romans 9 that . . . gives this analogy of God as potter and humans as clay in his hands and uses the example of Jacob and Esau. . . . Jacob and Esau were twins. And it says while they were yet in the womb, before either of them had done good or evil, God loved Jacob and hated Esau. . . . It says that God created some people as vessels of mercy, people that he loves, and others as vessels of wrath for destruction—made for the express purpose of destroying them, of torturing them in hell for eternity. . . . Paul, whose writing . . . says, you’re going to ask me then, why does God find fault. . . . He makes you do it, and then he punishes you for it? And the answer [in the Bible] is: You don’t get to ask that question.4

After years of telling people they were going to hell, Phelps-Roper experienced a kind of hell herself. As if trapped in an M. C. Escher painting, her beliefs began to shift beneath her feet, and she struggled to make sense of the world.

The Jesuit leader Ignatius of Loyola is supposed to have said: “Give me a child for the first seven years, and I’ll give you the man.” Given that we’re born with what the famous educator Maria Montessori called an “absorbent mind,” escaping indoctrination that’s been thoroughly inculcated since childhood is a monumental task.

However, Phelps-Roper did the one thing that could in fact save her soul: She began thinking for herself. Reflecting on the tale of Jacob and Esau, she says:

There are so many different ways of interpreting the more destructive of our [religious] beliefs. But that one, I have not found any explanation for that passage . . . that makes any kind of sense, that’s consistent with the text and not evil. I thought I couldn’t ask that question for so long. . . . I thought, I just have to accept this. This is the truth, and nothing that I feel or think matters against it. But now, I can’t not think. I can’t not ask the question.5

Phelps-Roper’s once sworn enemies became trusted friends, and with their support, she and her younger sister Grace left the church and their family. Today, she focuses on clarifying and communicating the principles of intellectual persuasion that helped her to shed the irrational, antilife philosophy she was raised on. She contends that many people with reprehensible views are not psychopaths: “They’re psychologically normal people that have been persuaded by bad ideas.”6

We can’t change those ideas by parading with bigger, bolder picket signs, yelling louder, or by doing the digital equivalents of these things. Getting through to such people requires actually wanting to. It requires listening, questioning, and presenting rational alternatives. And Phelps-Roper is proof that getting through is possible.

Phelps-Roper did the one thing that could in fact save her soul: She began thinking for herself. Click To Tweet

Jon Hersey is the associate editor of The Objective Standard. His work focuses on intellectual history, specifically, the ideas on which freedom and flourishing depend. He has published in-depth articles on John Locke, Thomas Jefferson, Benjamin Franklin, John Stark, William Wilberforce, Rosa Parks, and more.
View all posts by Jon Hersey →
‘Look for Beauty, Not Ugliness’: Daniel Chester French and American Sculpture
Craig Biddle to Speak in Bulgaria and UK on Self-Interest, Individualism, Government

1. Megan Phelps-Roper, “I Grew up in the Westboro Baptist Church. Here’s Why I Left,” TED, February 2017, https://www.ted.com/talks/megan_phelps_roper_i_grew_up_in_the_westboro_baptist_church_here_s_why_i_left#t-21989.

2. Phelps-Roper, “I Grew up in the Westboro Baptist Church.”

3. Phelps-Roper, “I Grew up in the Westboro Baptist Church.”

4. Megan Phelps-Roper, “Phelps on God’s Will and Why She Is No Longer Christian,” Joe Rogan University—Fan Channel, YouTube, June 9, 2017, https://www.youtube.com/watch?v=5E3IVl49JXo.

5. Phelps-Roper, “Phelps on God’s Will and Why She Is No Longer Christian.”

6. Megan Phelps-Roper, “Sarah Sits down with an Ex-Member of the Westboro Baptist Church,” I Love You, America, YouTube, October 25, 2017, https://www.youtube.com/watch?v=EmgZgHpv8Zs.