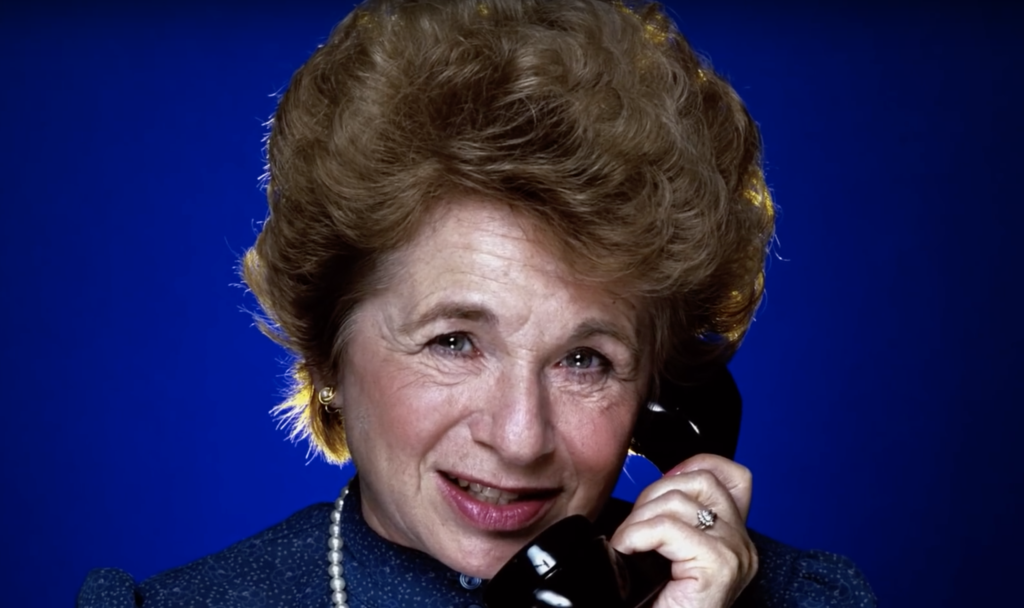 Dr. Ruth Westheimer has been offering sex advice for almost five decades and shows no sign of stopping. But as the new documentary Ask Dr. Ruth makes clear, she’s much more than the cheerfully candid celebrity we all know. She’s a heroic figure—someone who has devoted herself to what many people of her background were cruelly denied: a life fully and joyfully human.

Born to a German Jewish family in 1928, Westheimer—whose birth name was Karola Siegel—still remembers the day the Nazis came to take her father to a concentration camp. She was eleven then, and soon afterward her mother sent her to a Swiss orphanage, hoping she would be safe there until the war ended. Karola cherished letters from her parents and still keeps them in a notebook. The letters stopped in 1941. Only in 2017 would she learn the details of her father’s death at Auschwitz. Precisely when the Nazis killed her mother remains unknown.

Left homeless after the war, she was sent to live on a farm in Israel. Pressured to change her name to something less German, she chose her middle name, Ruth, in hopes that if surviving family members were searching for her, they would recognize that name. It never happened.

She joined the Israeli army at eighteen and became a sniper during the 1947 War of Independence. On her twentieth birthday, a bomb exploded in the building she was guarding, severely wounding her legs. It was feared that she might never walk again, but she recovered—flirting all the while, she says, with the male nurse who attended her—and in 1950, married a fellow soldier. They moved to Paris, where she studied psychology at the Sorbonne. But when her husband decided to return to Israel, the two parted, and she sailed with a boyfriend to New York. She spoke as yet no English.

Living in the same Washington Heights apartment she still occupies half a century later, Ruth enrolled in the New School for Social Research. She became pregnant and married her boyfriend, but that marriage didn’t last either, and she found herself a single mother. She nonetheless earned her master’s degree and enrolled at Columbia, where she completed her doctorate in 1970. By then, she had married a third time—to Fred Westheimer, an engineer; their happy union lasted until his death thirty-six years later. She also began volunteering with Planned Parenthood in Harlem while working as a research assistant for a prominent sex therapist, Helen Singer Kaplan.

It was through that connection that she got her shot at stardom. In 1980, radio station WYNY asked Kaplan to recommend someone to host a midnight call-in show answering questions about sexual health. “Dr. Ruth” was an immediate success. Her candor, her distinctive accent, and her grandmotherly appearance invited openness from audience members who often feared to speak about sexual problems. “I think it has to do with me not being tall and blonde and gorgeous,” she says.1 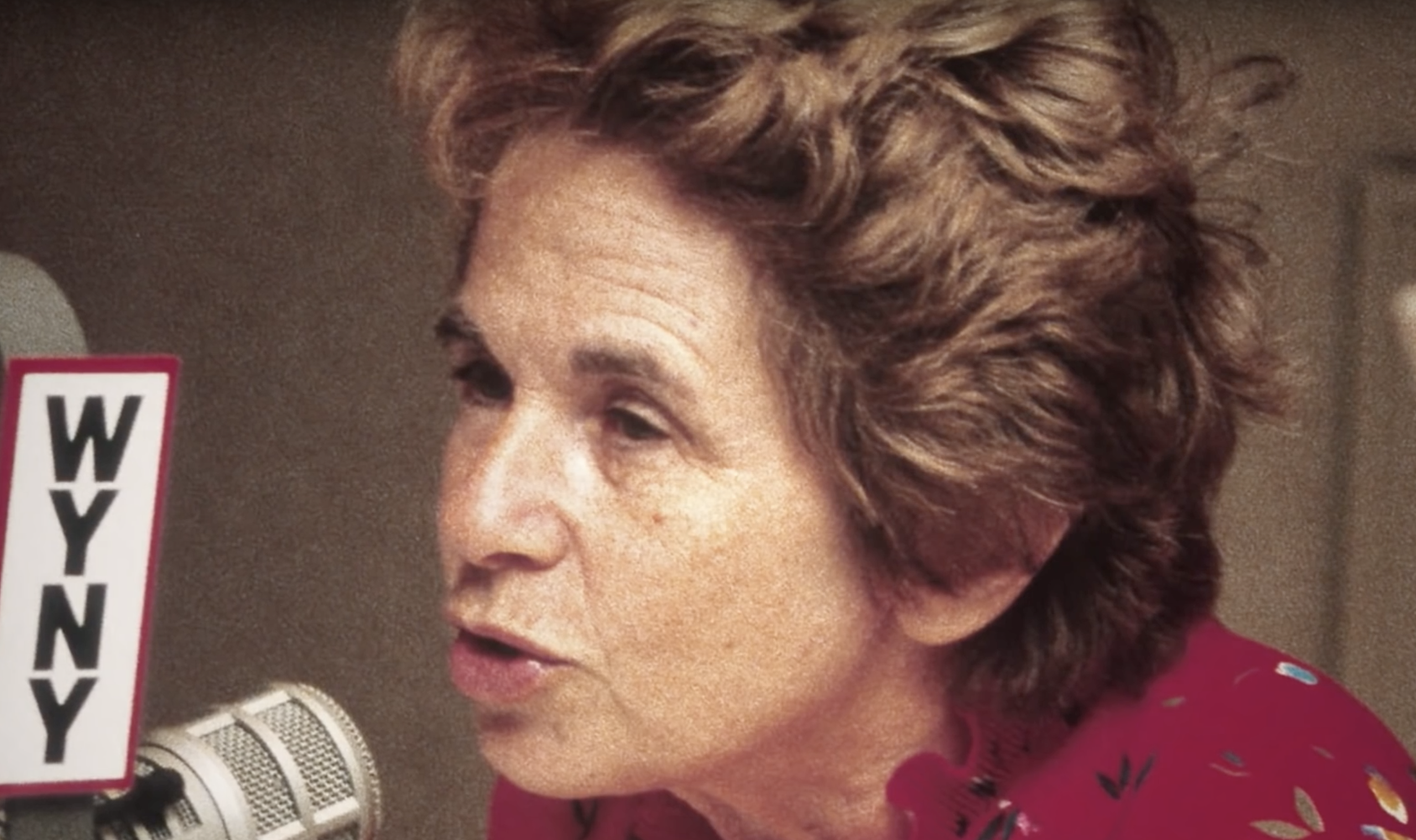 Dr. Ruth was controversial, especially for her acceptance of homosexuality. In 1985, an Oklahoma activist tried to arrest her on stage for obscenity. But she mostly escaped censorship thanks to her credentials and genuineness. Plus, she adds, “I had the guts. We say chutzpah in Hebrew.”2

Ask Dr. Ruth tells Westheimer’s story with an understated warmth that brings out her verve, but it also reveals the nobility of her personal crusade. For someone with her history to have attained such heights is, alone, admirable. But her greatest accomplishment is surely her decades of conveying—without fear or compromise—the goodness of sex as part of a fully human life. With her impish humor, she has brushed aside the inhibitions and superstitions of two generations of Americans and reached people who might otherwise have lived with less intimacy, less fulfillment, and less joy. Her career has been resolutely committed to human flourishing—a flourishing that includes emotional and sexual fulfillment. “Whatever two consenting adults do in the privacy of their bedroom, or kitchen floor, is perfectly all right,” she says.3 Yet she maintains that sex is best in committed relationships based on shared values. “I never encourage one-night stands,” she told an audience in 2016. “Get to know your partner and love the other . . . before engaging in sexual activity.”

Ruth at the Holocaust Memorial in Jerusalem.

Now in her nineties, Dr. Ruth still writes and lectures. As a Holocaust survivor, a wounded veteran, and an envoy of human happiness, she knows her mission well: “I have an obligation,” she says, “to live large and make a dent in this world.”4 Ask Dr. Ruth celebrates how fully she has accomplished that—to all of our benefit.

With her impish humor, Dr. Ruth has brushed aside the inhibitions and superstitions of two generations of Americans and reached people who might otherwise have lived with less intimacy, less fulfillment, and less joy. Click To Tweet

Timothy Sandefur holds the Duncan Chair in Constitutional Government at the Goldwater Institute and is a contributing editor of The Objective Standard.
View all posts by Timothy Sandefur →
Socrates: Dramatizing the History of Western Thought
TOS-Con Speaker Spotlight: Robin Field