Romantic relationships can be one of the most rewarding aspects of life. As psychologist Edith Packer put it, “An ideal romantic relationship is a thoroughly unique type of relationship. It is an emotional, intellectual, and sexual union, a total union of two souls who recognized each other as mates and who became committed to each other in order to share their innermost values, hopes, and desires.”1

But creating and maintaining such a bond requires significant effort on an ongoing basis. Even when we are well matched with our partners, life’s demands may overwhelm us, leaving us less patient and less thoughtful. We may fail at times to be fully clear about our intentions. We might disappoint our partners, or they us. If so, we may lack the energy, patience, and knowledge to respond calmly and constructively. 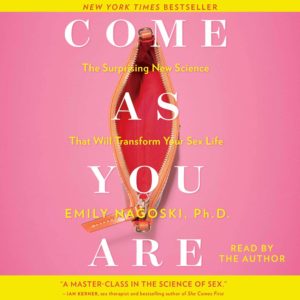 As the writer Don Miguel Ruiz observed, building and maintaining a relationship “is an art. The dream that two people create is more difficult to master than one.”2 And as journalist Sarah Treleaven writes, “When it comes to relationships, most of us are winging it.”3 Thankfully, however, we’re living in an age of relationship enlightenment. More and more, scientists are making discoveries and formulating principles that can help us master the art of repairing, maintaining, and even strengthening relationships. Emily Nagoski’s generally excellent Come as You Are: The Surprising New Science That Will Transform Your Sex Life helps to dispel centuries worth of absurdities about sex while providing a rational framework for addressing many problems couples encounter in the bedroom. And John Gottman’s “The Art and Science of Love”—a veritable masterclass on relationships, offered both as an at-home course and as an in-person workshop—is an engaging presentation of clinical findings blended with eye-opening exercises that help partners to think more carefully about how best to communicate, verbally and nonverbally.

In fact, I’d credit one weekly exercise from Gottman’s course with having the single greatest positive impact on my own marriage. He calls this three-part exercise the “state of our union.”

Partners first say five things they appreciate about one another and why. For instance, my wife and I just moved from Tennessee to Massachusetts. Before the move, I was very busy with work, so she took the lead on getting our stuff packed in boxes, which I greatly appreciated. Although I’d already told her so, the exercise presented another opportunity to reinforce my appreciation and to go into detail about how her effort helped me. This part of the exercise requires one to pause and notice what’s great about one’s partner, and there’s truly no downside to that. As Edwin Locke and Ellen Kenner explain in The Selfish Path to Romance: How to Love with Passion and Reason:

When a partner tells you what he or she appreciates about your character, in words (for example, giving you a warm, tender look and saying, “I love your warmth and sensuality”) or in actions (for example, responding to you emotionally, intellectually, and sexually), your partner provides you with a unique and priceless psychological mirror. . . .

[G]aining this external perspective on your own character is more than deeply rewarding and motivating; it is irreplaceable. It gives you a type of self-awareness that you cannot get in any other way. Observe that this is a two-way mirror; you both benefit. Together, as psychological mirrors of one another’s souls, you heighten your awareness both of yourself and of your partner. This intensifies your intimacy and adds joy and excitement to your life.4

In the next part of the exercise, couples discuss what they think is going well in their relationship. Perhaps they’ve recently divvied up household responsibilities, and the resulting clarity has prevented tensions they’d previously encountered. Or maybe they’ve established healthy sleeping, eating, and exercise routines, which in turn have enhanced, among other things, their sex life.

This portion of the exercise is an excellent opportunity for partners to heighten their perspective on the relationship—to view the relationship as a thing in and of itself—similar to a plant that both partners are responsible for caring for.

You’ve probably heard business writers counsel owners and managers to “Work on your business, not in it.” The idea is that if owners are always occupied with creating products, selling them, or providing customer support, they’ll never have time to step back and view their business as a whole, to see its strengths and weaknesses, and to set their company’s future course. A similar thing happens in relationships. We wake up, shower, eat breakfast, meet friends, go for a hike, see a band, and do countless other things with our partners, all of which take thought and effort to plan and do. But it takes additional thought and effort to step back from all of these discrete experiences and consider the relationship as such. This part of the exercise helps couples do so.

The last step of the “state-of-our-union” exercise is an opportunity to talk about what Gottman calls a “regrettable incident,” which is any instance when one partner hurts the other, whether by doing or saying something without due consideration, making a careless remark, failing to keep a promise, setting a wrong expectation, losing one’s cool, stonewalling, or some other way. Couples pick one incident to discuss, and they take turns saying what they think happened and how it made them feel.

Obviously (I hope), hurling accusations about each other’s shortcomings would be counterproductive. The point of this portion of the exercise is to focus on the cause/effect relationship between one person’s actions and the other’s thoughts and feelings—not to offer general character evaluations. Feedback along the lines of “Yesterday, you broke your promise not to take work calls during dinner, and that made me feel undervalued” is excellent because it names both a cause and an effect and allows partners to question the appropriateness of each and work toward a solution. By contrast, when a partner merely declares, “You don’t care about me,” he indicates that he thinks there is a problem without providing any clarity about the cause, the effect, or potential solutions.

Talking about conflicts can be uncomfortable, and some may bristle at the thought of setting aside time each week for that purpose. But in my experience, doing so is tremendously valuable. Addressing conflict is crucial to a harmonious and loving relationship, but first getting some distance often is helpful. Naturally, though, partners don’t wish to open old wounds, so once they’ve gotten that distance, many move on without ever discussing and processing what happened. Thus, important underlying problems go unresolved.

If you fail to fix a leaking roof, you’ll soon have a rotted floor, and eventually you’ll have to replace both or find a new home. Likewise, avoiding discussion of relationship problems is a surefire way to cause more of them. Gottman’s course provides insightful techniques for calmly and constructively addressing conflict, and adopting this exercise makes doing so a routine, enabling couples to solve problems and cultivate greater trust and intimacy.

In the first lines of his thirteen-part documentary The Ascent of Man, the polymath Jacob Bronowksi said that, unlike other animals, man “is not a figure in the landscape, he is the shaper of the landscape.” Our incredible “human environment,” as philosopher Alex Epstein calls it, is a testament to those scientists and inventors who have enabled man to survive and thrive by reshaping the physical world. Thanks to relationship scientists, we have more tools than ever to reshape our spiritual lives as well—and to wring ever more joy from one of life’s richest sources.

As journalist Sarah Treleaven writes, “When it comes to relationships, most of us are winging it.” Thankfully, however, we’re living in an age of relationship enlightenment. Click To Tweet

1. Edith Packer, Lectures on Psychology: A Guide to Understanding Your Emotions, (Laguna Hills, CA: TJS Books, 2018), loc. 1882; Although not discussed here, Packer also offers useful ideas on strengthening relationships; I’d like to thank Timothy Sandefur for introducing me to the work of Edith Packer as well as Jacob Bronowski, mentioned later in this article.