View cart “The Argument from Intimidation: A Confession of Intellectual Impotence (pdf)” has been added to your cart. 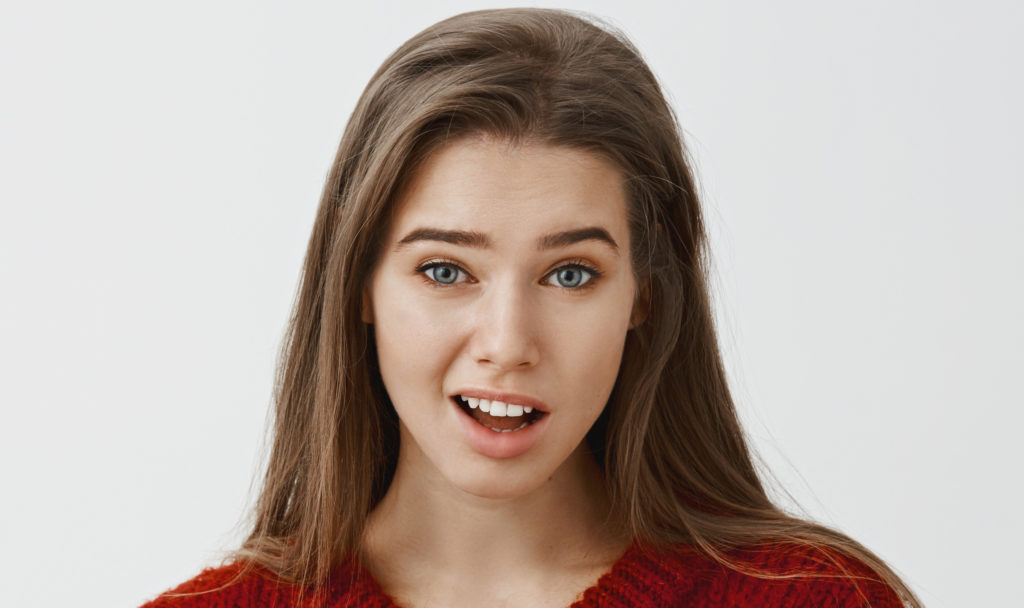 Note: This essay is included in the anthology Rational Egoism: The Morality for Human Flourishing, which makes an excellent gift and is available at Amazon.com.

Such assertions rarely are made so bluntly or forthrightly. More often they are insinuated (“Really? You don’t get Duchamp?”) or conveyed via facial expressions or other nonverbal means (a grimace, a glare, a wide-eyed stare). But you no doubt have heard such claims and encountered such expressions in one form or another. And you likely have seen people back down or change their positions in response.

Why? What’s going on here?

Ayn Rand observed such behavior repeatedly, and in the Ayn Rand Letter she relayed two personal encounters that helped her to understand the phenomenon. The first incident, she explained,

was a private discussion in which I was presenting my political ideas. My opponent exclaimed indignantly, in rebuttal: “I’ve never heard of such a thing!” “Well, you’re hearing it now,” I said. This had some peculiar effect on him, out of proportion to the meaning of my words; it was as if I had cut the ground from under his feet; he argued half-heartedly a little longer, then gave up.

It was not till much later that I understood what it was that he had been telegraphing by the second-hander’s code: “Since no one else has said such a thing before, who are you to say it?” My answer told him who I was: it rejected any second-hand sanction and demanded that he focus on the facts of reality. On such terms, he was unable to argue or to think.

The second incident took place when I was working in Hollywood. A literary agent approached me with an offer from a major studio that wanted me to write a novel for one of their stars, on a theme and subject of their own choice, a novel that would be published first as a book, then made into a movie. I answered that I don’t write novels to order. He said, in an oddly resentful, accusatory manner: “Many good writers are doing it.” I answered cheerfully: “Then I guess I’m not a good writer.” Again, this had some peculiar, disproportionate, ground-cutting effect on him; he argued half-heartedly a little longer, then gave up.

Later, I grasped what he had been signaling between the lines. He was threatening me with the fact that good writers do not share my attitude. What my answer told him was: “If such are their values, then I do not care to be regarded as good by their standards.” He had no further arguments to offer.1

In these and similar encounters, Rand saw a pattern: In each case, someone was attempting to substitute psychological pressure for rational argument. She termed this fallacy “The Argument from Intimidation.”

In her article by that title (in The Virtue of Selfishness), Rand further observed that this fallacy “bears a certain resemblance to the fallacy ad hominem.” Whereas ad hominem “consists of attempting to refute an argument by impeaching the character of its proponent”—for example, “Candidate X is immoral, therefore his argument is false”—the argument from intimidation

consists of threat­ening to impeach an opponent’s character by means of his argument, thus impeaching the argument without debate. Example: “Only the immoral can fail to see that Candidate X’s argument is false.”

The pattern is always: “Only those who are evil (dishonest, heartless, insensitive, ignorant, etc.) can hold such an idea.”2

If you revisit the examples at the beginning of this article, you’ll see that this is exactly what’s going on there. And if you set a standing order to look for instances of this fallacy, you’ll detect them disturbingly often.

The fallacy is especially common in attacks on Ayn Rand, her novels, and her philosophy. Given that Rand rejected mysticism, altruism, collectivism, and statism in favor of reason, egoism, individualism, and capitalism—and given that her ideas are supported by evidence and logic—such attacks are not surprising. But they are ironic.

For instance, Paul Krugman writes that Rand’s Atlas Shrugged “is a perennial favorite among adolescent boys. Most boys eventually outgrow it. Some, however, remain devotees for life.”3 Translation: Only those with the maturity level of an adolescent boy could find value in Atlas Shrugged.

Kevin Williamson writes that interest in Rand’s ideas is “a kind of guilty adolescent enthusiasm . . . an intellectual mullet, a stage one goes through between the ages of 14 and 20.”4 Translation: Only the intellectually immature could appreciate Objectivism.

Heidi Moore writes, “Rand has a bit of a reputation problem among those who have not drunk the Kool-Aid.”5 Translation: Only a cultist would have anything to do with Ayn Rand.

And Sam Harris, apparently striving for gold in the Intimidation Olympics, writes:

I often get emails from people who insist that Rand was a genius—and one who has been unfairly neglected by writers like myself. I also get emails from people who have been “washed in the blood of the Lamb,” or otherwise saved by the “living Christ,” who have decided to pray for my soul. It is hard for me to say which of these sentiments I find less compelling. [Translation: Rand is like a religious leader and her fans are like religionists.]

As someone who has written and spoken at length about how we might develop a truly “objective” morality, I am often told by followers of Rand that their beloved guru [another instance] accomplished this task long ago. The result was Objectivism—a view that makes a religious fetish [yet another instance] of selfishness and disposes of altruism and compassion as character flaws.7

If nothing else, this approach to ethics was a triumph of marketing, as Objectivism is basically autism rebranded.8 [Translation: Only those with a socially and emotionally debilitating condition could find Objectivism appealing.]

People who engage in the argument from intimidation do so because, as Rand put it, “they have no arguments, no evidence, no proof, no reason, no ground to stand on.” Their use of this method “is a confession of intellectual impotence.”9

How then should people of reason deal with those who engage in such non-argument arguments? If we choose to address them at all (and there’s no “duty” to do so), we should demand that they provide rational arguments in support of their claims. If they refuse, then we should name the fallacy they’ve committed and inform them that their confession is duly noted. This helps to keep intellectual discourse civil.

When people use this method and refuse to provide rational arguments in support of their claims, name the fallacy they’ve committed and inform them that their confession is duly noted. Click To Tweet

Craig Biddle is editor of The Objective Standard and author of Loving Life: The Morality of Self-Interest and the Facts that Support It; Understanding Rational Egoism; and the forthcoming Forbidden Fruit for Teens: Moral Truths Your Parents, Preachers, and Teachers Don’t Want You to Know. His book in progress is “Thinking in Principles.” Biddle also serves on the board of directors of the Prometheus Foundation.
View all posts by Craig Biddle →
FEEcon 2019: Sprouting Optimism, Growing Liberty
René Marie: A Voice of Independence

8. Sam Harris, How to Lose Readers (Without Even Trying), SamHarris.org, August 24, 2011, https://samharris.org/how-to-lose-readers-without-even-trying/.