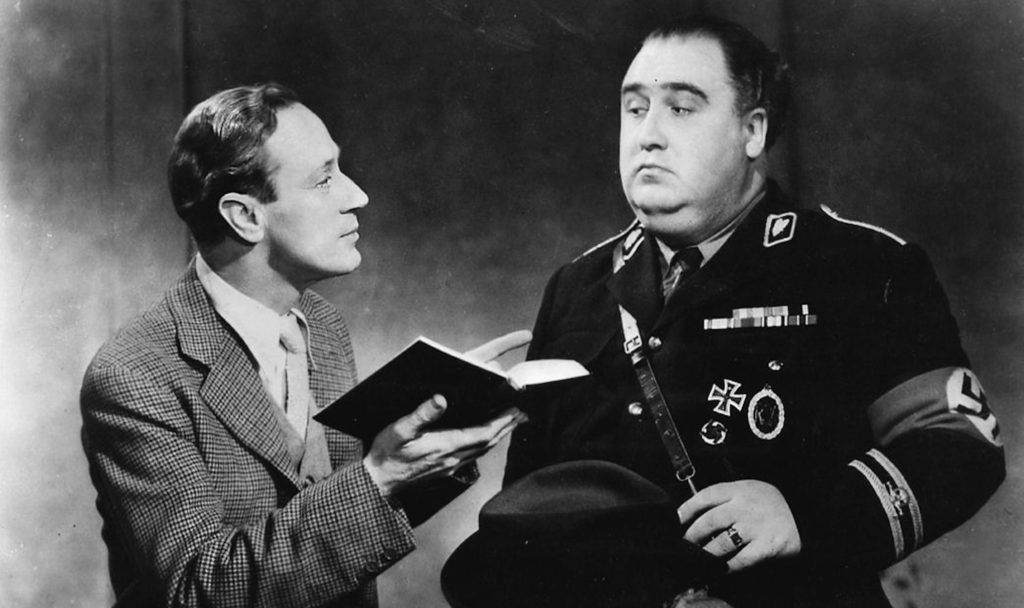 Author’s note: This review contains spoilers for both “Pimpernel” Smith and The Scarlett Pimpernel.

“The mind of man is bounded only by the universe.” If you do not recognize this quote, you are about to discover one of the most exciting and entertaining examples of Romantic art in movie history. Leslie Howard produced, directed, and starred in “Pimpernel” Smith, which is a remake of the better-known 1934 film The Scarlett Pimpernel (also starring Howard).

In this version of the story, written by Baroness Emma Orczy (1865–1947), the hero is British archaeology professor Horatio Smith who, like Sir Percy Blakeney in the original movie, leads a double life. On the surface, he is an absent-minded ivory-tower scholar who devotes his attention to the study of ancient civilizations. But beneath the facade of this mild-mannered persona lies a courageous hero who risks his life rescuing innocent victims of state persecution. The setting, in this case, is not the Reign of Terror in France but Nazi Germany.

Although a work of art is an end in itself, this movie was created with an additional purpose in mind: to serve as a war propaganda film. Howard, the quintessential British actor, achieved considerable success and recognition in Hollywood films such as Of Human Bondage (1934), Pygmalion (1938), and Gone with the Wind (1939). But he decided to abandon his Hollywood career and return to England (at considerable financial cost) to help with the war effort. During the war, he contributed to the anti-Nazi campaign by writing articles, participating in radio broadcasts, and creating films and documentaries.

The term “propaganda” often carries a negative connotation, but there is nothing negative about opposing Nazi Germany. “Pimpernel” Smith is full of humor, designed mainly to mock Nazi claims of superiority, but that does not detract from its serious artistic impact. Balancing the elements of a thriller with comedy is not an easy task, but “Pimpernel” Smith does so admirably by using comedy not merely as a diversion, but also in support of its theme and plot. It is interesting to contrast this movie with another war comedy, To Be or Not to Be (1942), directed by Ernst Lubitsch. Both movies poke fun at the Nazis, but Lubitsch’s film has neither an inspiring hero nor a serious theme. (However, it is very entertaining and carries the renowned “Lubitsch touch,” meaning a lighthearted sense of life.)

The theme of “Pimpernel” Smith is brain versus brawn, and every element of the film is constructed to illustrate and support the idea that intelligence always will triumph over brute force. The quote at the beginning of this review indicates this theme in the very first scene of the movie. In time, we come to learn its meaning—that a man’s mind cannot be forced. This message was sent as a secret code to the victims of persecution before their rescue. (In the original movie, the Scarlet Pimpernel’s secret message was simply “Courage.”) 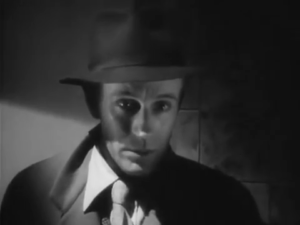 The casting of the slender Howard as the hero and the plump Francis Sullivan as his nemesis, General von Graum, was another deliberate choice in support of the movie’s theme. Professor Smith looks nothing like a dashing action hero. However, we quickly learn that intelligence and courage do not require physical strength (a fact that clearly eludes his Nazi pursuers). Speaking as the placid professor, Smith states, “I hate violence. It seems such a paradox to kill a man before you can persuade him what’s right. So uncivilized!”

There is an important difference between the two versions of the Pimpernel story, beyond the different historical periods. In the original version, the victims rescued from the guillotine by Sir Percy were aristocrats persecuted simply because of their class. In the WWII version, the rescued victims are “scientists, men of letters, artists, doctors”—in other words, men of the mind. Why does Professor Smith risk his life to rescue these people? This is the reason he gives:

You see, when a man holds the view that progress and civilization depend in every age upon the hands and brains of a few exceptional spirits, it’s rather hard to stand by and see them destroyed.

Astonishingly, this statement was made sixteen years before the publication of Ayn Rand’s Atlas Shrugged. I do not mean to suggest that “Pimpernel” Smith is on the philosophical level of Atlas Shrugged. But in many places, it exhibits a similarly powerful clarity of thought.

One such instance occurs at the climax of the movie—the final confrontation between Professor Smith and General von Graum. The hero’s true identity finally has been revealed, and he faces certain death at the hands of the general. Stripped of his disguise, Smith fearlessly addresses the general as “Captain of Murderers” in a short but awe-inspiring speech that must be one of the greatest movie speeches of all time. In it, Smith eloquently expresses the movie’s theme and, amazingly, predicts the outcome of the war.

All of you who have demoralized and corrupted a nation are doomed. Tonight [referring to the 1939 German invasion of Poland] you will take the first step along a dark road from which there is no turning back. You will have to go on and on, from one madness to another, leaving behind you a wilderness of misery and hatred. And still you will have to go on, because you will find no horizon, and see no dawn, until at last you are lost and destroyed.

The movie was released in July 1941, before the United States entered into WWII, when the outcome of the war was far from certain. Note that the statement does not refer to politics or military strength, but to the Nazis’ immorality and irrationality.

Visually, “Pimpernel” Smith’s style exhibits remarkable conciseness and economy (perhaps due to a limited budget). Every scene in the movie either advances the plot or develops the characters. Many scenes contain few camera cuts. Often the viewer is left to imagine details that occur outside the camera’s frame. The specific details of the escapes Professor Smith engineered often are not shown. What the camera does capture is the essence of the scene.

I first saw “Pimpernel” Smith as a child, long before I had learned about Romantic art. For a long time, I remembered little from the movie, other than a brief part of one scene. In it, Professor Smith enters a party held by the British Embassy in Berlin, knowing that his pursuers will be there looking for him. I recall thinking, “What courage! What a hero!” Years later, I was happy to discover the movie again and appreciate it on a deeper level. Only Romantic art, by concretizing the abstraction of a moral ideal, can inspire such admiration for heroism.1

Although in “Pimpernel” Smith the hero triumphs, in real life Leslie Howard was killed by the Nazis in 1943 while flying from Lisbon to England. His commercial flight was shot down over the Bay of Biscay. Although it is known that Hitler and Goebbels hated Howard because of this movie, there is no conclusive proof that he was the specific target of the attack.2

Nonetheless, his work continued to inspire other heroes. Raoul Wallenberg, a Swedish architect and businessman, saw the movie in 1942 and reportedly identified strongly with the hero. Two years later he planned and executed a daring rescue mission, saving thousands of Jews in Hungary from the Nazis and Hungarian Fascists. Wallenberg died in 1945 in the prison of another tyrannical regime, the Soviet Union.3

Once difficult to find, this cinematic gem has now become easy to locate and watch. As of this writing, it is viewable in its entirety on YouTube (with no copyright violation).4 You also can find The Scarlett Pimpernel and To Be or Not to Be on YouTube. “Pimpernel” Smith is available for download on archive.org as well.5

If you love soul-fueling heroism, put “Pimpernel” Smith in your queue. It’s worth watching, and watching again.

If you love soul-fueling heroism, put “Pimpernel” Smith in your queue. It’s worth watching, and watching again. Click To Tweet

Arie Vilner is a day trader in New York. He has taught economics and finance at New York University and Brooklyn College.
View all posts by Arie Vilner →
The Enigma Code Breakers Who Saved the World
John Milton’s Lovers in Paradise

3. Richard Raskin, “From Leslie Howard to Raoul Wallenberg: The Transmission and Adaptation of a Heroic Model,” POV, https://pov.imv.au.dk/Issue_28/section_2/artc9A.html (accessed June 5, 2019).