View cart “Seven Great Poems on the Glory of Man (pdf)” has been added to your cart. 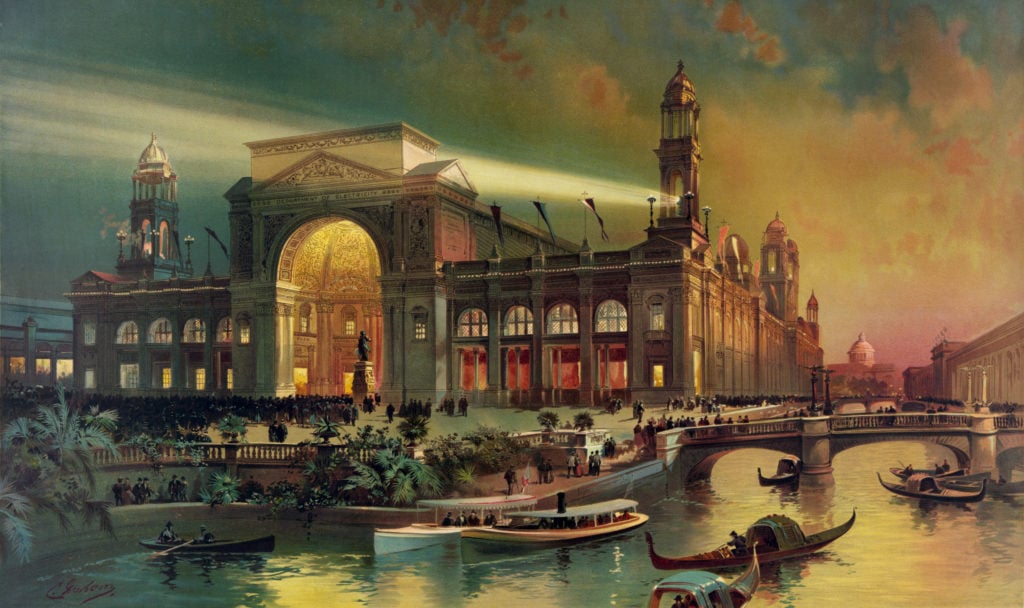 Make Way for the Man

Let us have peace. No craven’s peace,
Nor sluggard’s to gape and dream;
But the strenuous peace of the land’s increase,
And the powerful beat of steam.
Let the cannon of commerce roar over the fields,
And the bugles of brotherhood play—
For the arm of the man, and the brain of the man,
And the grit of the man, make way.

Let us have peace. No timid peace,
That doubtful clings to its place,
But the free brave peace of the old-time Greece,
And the faith of a patriot race.
Let the vision of Virtue enrapture the gaze,
And the bolts of Integrity stay—
For the arm of the man, and the brain of the man,
And the nerve of the man, make way.

Let us have peace. No anchored peace
That holds its sails in the slips,
But the peace that sweeps all the strange blue deeps
With the keels of its own great ships.
With Honor commanding, and Truth at the helm,
And Beauty to welcome the spray—
For the nerve and muscle and brawn and brain,
For the soul of the Man make way.

Back of the beating hammer
By which the steel is wrought,
Back of the workshop’s clamor
The seeker may find the thought,
The thought that is ever master
Of iron and steam and steel,
That rises above disaster
And tramples it under heel!

The drudge may fret and tinker
Or labor with lusty blows,
But back of him stands the Thinker,
The clear-eyed man who knows;
For into each plow or saber,
Each piece and part and whole,
Must go the brains of labor,
Which gives the work a soul!

Might of the roaring boiler,
Force of the engine’s thrust,
Strength of the sweating toiler—
Greatly in these we trust.
But back of them stands the Schemer,
The Thinker who drives things through;
Back of the job—the Dreamer
Who’s making the dream come true!

Nature and Nature’s laws lay hid in night:
God said, “Let Newton be!” and all was light.

By scientists, both wise and old,
The human body, which I’ve been told,
Which weighs about one-forty-five
And is what mortals call alive
Is made of water, nitrogen,
Carbon, sulphur, iron and then
Potassium, sodium, iodine,
Magnesium, trace of fluorine
Chlorine, calcium, phosphorus—
Alike in monarchs and in us.

They’ve analyzed our flesh and bone,
To them precisely now is known
How much of this, how much of that
Combine to make us lean and fat.
The lovely maiden, fair to see,
Is water, mostly, just like me,
Plus so much carbon, iron and all
Those chemicals I won’t recall.
’Tis proved, this stuff we all possess—
No one has more; no one has less.

Well, as they’ve measured, dump them in
A great retort of glass or tin
And stew them well and stir them round
And see if man you can compound.
I fancy you could mix for weeks
And never get two rosy cheeks,
Or from the batter you prepare
Produce a maiden young and fair,
Or anything that eats or drinks
Or laughs or sighs or sings or thinks.

I do not doubt this curious list
But think some properties were missed.
To me the human body seems
To be composed of fancies, dreams,
High courage, tenderness, and skill,
Ambition, wisdom, strength of will,
Love, pity, mirth and all the arts
And these not given equal parts.
And thus, we differ you and me,
Who share the self-same chemistry.

A Call to Stand

One man at war with Man’s deprecation
Calls out to all men to seek no salvation,
To pick themselves up from self-immolation,
To turn from the gods of their own creation,
To stand up and face the day—
To reclaim their birthright to say—
I am that I am, before nothing I kneel;
I mastered the fire, invented the wheel;
I cast the bells true and set them to peal;
I am Man, for whom all else is clay—
I am Man. I make my own way.

Quent Cordair is a writer of poetry, short stories, screenplays, and novels. “A Call to Stand,” is from his anthology My Kingdom.

Ode to Man (from Antigone)

Many wonders there be, but naught more wondrous than man;
Over the surging sea, with a whitening south wind wan,
Through the foam of the firth, man makes his perilous way;
And the eldest of deities Earth that knows not toil nor decay
Ever he furrows and scores, as his team, year in year out,
With breed of the yoked horse, the ploughshare turneth about.

The light-witted birds of the air, the beasts of the weald and the wood
He traps with his woven snare, and the brood of the briny flood.
Master of cunning he: the savage bull, and the hart
Who roams the mountain free, are tamed by his infinite art;
And the shaggy rough-maned steed is broken to bear the bit.

Speech and the wind-swift speed of counsel and civic wit,
He hath learnt for himself all these; and the arrowy rain to fly
And the nipping airs that freeze, ’neath the open winter sky.
He hath provision for all: fell plague he hath learnt to endure;
Safe whate’er may befall: yet for death he hath found no cure.

Passing the wildest flight thought are the cunning and skill,
That guide man now to the light, but now to counsels of ill.
If he honors the laws of the land, and reveres the Gods of the State
Proudly his city shall stand; but a cityless outcast I rate
Whoso bold in his pride from the path of right doth depart;
Ne’er may I sit by his side, or share the thoughts of his heart.

Chisel in hand stood a sculptor boy,
With his marble block before him,
And his eyes lit up with a smile of joy
As an angel-dream passed o’er him.

He carved the dream on that shapeless stone
With many a sharp incision;
With heaven’s own light that sculpture shone—
He’d caught that angel-vision.

Children of life are we, as we stand
With our lives uncarved before us,
Waiting the hour when, at God’s command,
Our life-dream shall pass o’er us.

If we carve it then on the yielding stone
With many a sharp incision,
Its heavenly beauty shall be our own—
Our lives, that angel-vision.

George Washington Doane (1799–1859) was an American clergyman and poet.