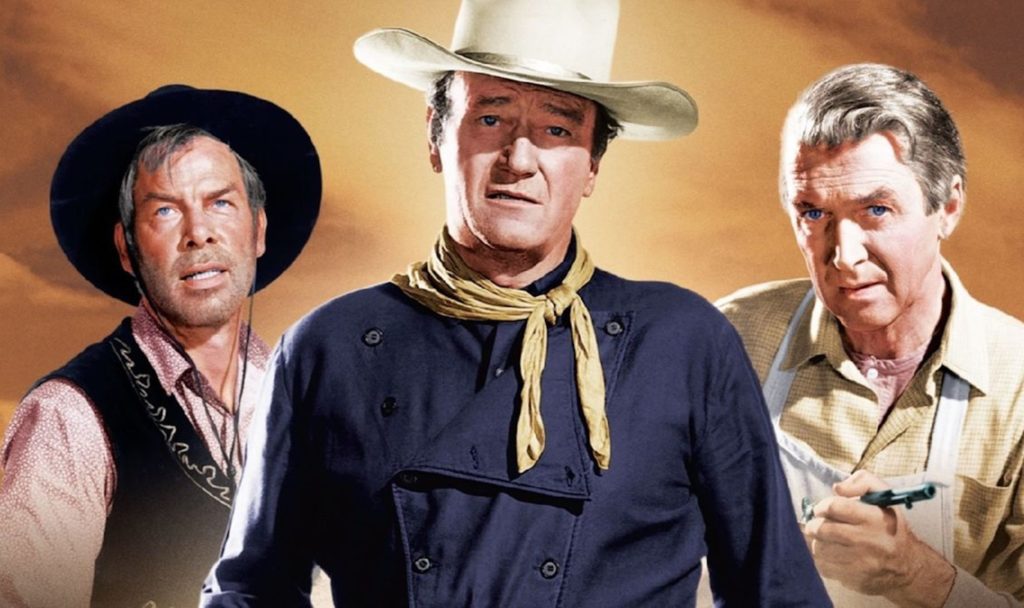 The 1969 film The Wild Bunch marked a turning point for the Western genre. With its unprecedented violence and nihilism, it abandoned the values that classic cowboys had stood for, justice above all. And although W. K. Stratton’s new book, timed for the film’s fiftieth anniversary, calls it a great cinematic achievement, the truth is that it committed an all-too-common error: mistaking cynicism for moral seriousness.1 Westerns have never fully recovered.

That’s unfortunate, because Westerns were a medium through which writers and directors explored profound philosophical themes. This noble tradition included such classics as Rio Bravo, The Big Country, and High Noon, in which Hollywood articulated ideas in ways it’s seldom attempted since.

Many of these films engaged one another in a cinematic version of philosophical debate. Compare High Noon and Rio Bravo, for instance. The first stars Gary Cooper as a sheriff who must face an outlaw by himself after fearful townspeople refuse to help. It’s a statement about integrity. But John Wayne despised its implication that ordinary people were too cowardly to stand up for what’s right. Calling it “un-American,” he and director Howard Hawks made Rio Bravo as a rebuttal.2 In it he plays a sheriff who also confronts a gang of toughs. Wayne’s courage inspires the best in the locals, and together, they prevail.

Wayne later starred alongside James Stewart in the most philosophically shrewd of all Westerns, The Man Who Shot Liberty Valance. A meditation on the virtues necessary to create civilization, the film opens with Stewart’s character, lawyer Ransom Stoddard, encountering the infamous robber Valance in a tiny Western settlement. Stoddard represents the coming of law and order and the progress they can provide. In one brilliant scene, after gunslinger Tom Doniphon (Wayne) gives his sweetheart, Hallie, a cactus rose, Stoddard asks if she’s ever seen a real rose. She hasn’t. “Someday if they dam the river,” Stoddard promises, “we’ll have water and all kinds of flowers.”

Yet, for all his legal training, Stoddard is helpless against Valance’s lawlessness; only Doniphon can defeat him. “I know those law books mean a lot to you,” he tells Stoddard. “But not out here.” In the end, Doniphon kills Valance, making the territory safe for civilized people—but such a civilized society has no place for vigilantes like him. Doniphon loses Hallie and dies decades later lonely and forgotten. War, the film suggests, sometimes is needed to bring about peace—yet the warrior may find peace unbearable.3

In counterpoint, The Big Country offers a vision of virtue that repudiates violence. Gregory Peck plays a former sailor who travels west to meet his bride’s family, only to find them locked in a deadly feud with another clan. He refuses to fight—shocking his fiancée and her father—yet we learn that it’s not out of cowardice but a deep sense of pride. He can defend himself, but he thinks he has a better way to solve the problem. He seeks to put a peaceful end to the quarrel, and he’s the last man standing after the two unyielding patriarchs destroy one another.

Into this dialogue entered The Wild Bunch, a counterculture Western featuring a gang that helps a corrupt Mexican general steal weapons. A conscious rejection of such predecessors as The Magnificent Seven—in which a team of American gunslingers rescues a Mexican village from bandits—The Wild Bunch’s antiheroes reject the very idea of virtue. They double-cross each other in sundry brutal ways, all adding up, as critic Rex Reed put it, to the conclusion “that there is no decency or morality left in society, and therefore the best thing to do is blow everyone’s head off.”4

Wayne was so disgusted by this that he reunited with Hawks to produce Rio Lobo—a remake of Rio Bravo in which he plays Cord McNally, a Civil War veteran pursuing a traitor who gave secrets to the Confederates. McNally has a moral code, which he explains while teaming up with former enemies. He says, “What you did was an act of war. But selling information, that’s treason.” He battles a corrupt political boss who’s oppressing a nearby town, and as in Rio Bravo, local ranchers, encouraged by his bravery, join him. Rio Lobo was not a great film, but it strove to reassert virtue in a culture that increasingly was indifferent to it.

Stratton views The Wild Bunch’s nihilism as the intelligent response to the upheavals of the late sixties. It “howls against what has happened to mankind during modern times,” he writes. But the makers of the great Westerns knew that howling solves nothing—it only attracts wolves. If, as Stratton claims, The Wild Bunch is “the last Western,” that’s because it destroyed the reverence for virtue that was essential to the genre. Fortunately, the truly great films remain for us to enjoy—and heed, if we will.

Westerns were a medium through which writers and directors explored profound philosophical themes, in which Hollywood articulated ideas in ways it’s seldom attempted since. Click To Tweet

Timothy Sandefur holds the Duncan Chair in Constitutional Government at the Goldwater Institute and is a contributing editor of The Objective Standard.
View all posts by Timothy Sandefur →
Alt-Education Is Filling a Void that Colleges Can’t
The Man Who Electrified Music

1. W. K. Stratton, The Wild Bunch: Sam Peckinpah, A Revolution in Hollywood, and the Making of a Legendary Film (New York: Bloomsbury Publishing, 2019).

3. One outstanding philosophical analysis of the film is John Marini, “Western Justice: John Ford and Sam Peckinpah on the Defense of the Heroic,” Nexus, 6:57, 2001, 57–65, https://heinonline.org/HOL/LandingPage?handle=hein.journals/nex6&div=8&id=&page=.