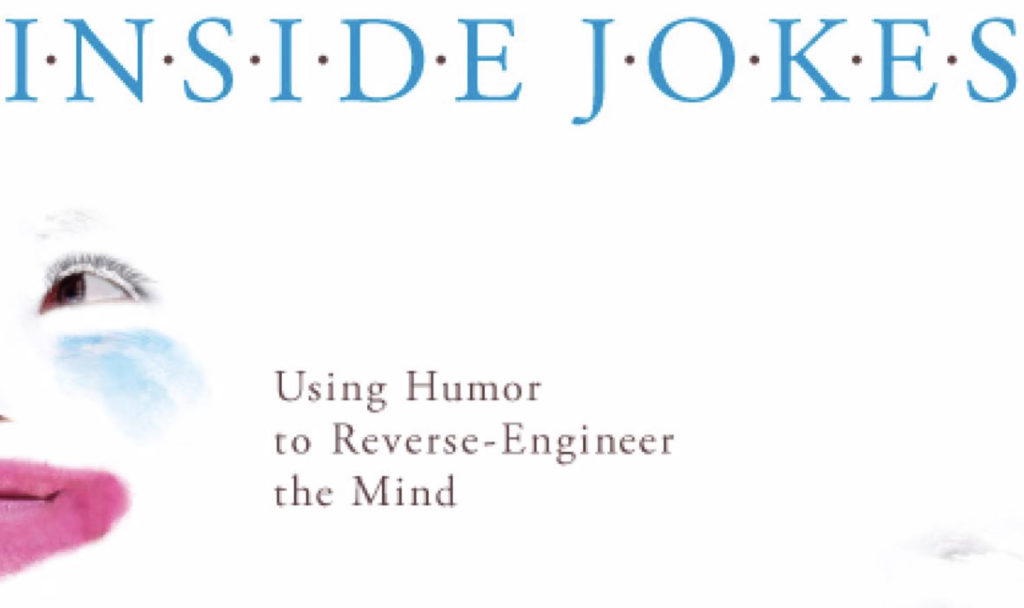 People love to laugh, but exactly why they do is a puzzle that has preoccupied some of the world’s most famous philosophers. Aristotle, Descartes, Ralph Waldo Emerson, and dozens of others have sought to explain why we joke, and in his new book, Humour, literary critic Terry Eagleton briefly summarizes their insights. Yet he offers no real theory of his own—leading one critic to label the book “rambling and inconclusive,” another to liken it to “ambl[ing] along the roads” while “point[ing] out all the lovely foliage.”1

That’s disappointing, particularly because Eagleton makes no mention of the ingenious and persuasive theory of humor that philosophers Matthew Hurley, Daniel Dennett, and Reginald Adams offered in their 2011 book Inside Jokes: Using Humor to Reverse-Engineer the Mind—a theory that combines epistemology and evolution in an extraordinarily interesting and suggestive way.

Hurley and his coauthors begin by asking what evolutionary advantage jokes and laughing could possibly have. Their answer is that laughter may serve as a biological “reward” for thought akin to the way the pleasant physical sensations of sex create an incentive for reproduction. Given the survival advantage that the skill of pattern recognition would give early man, it’s logical that the mind would evolve an internal reward mechanism for pattern discovery—which we experience as the aha! feeling with which we greet clever thoughts or interesting new conclusions. As psychologist Alison Gopnik puts it, the laugh, like the orgasm, may be  nature’s way of “ensur[ing] that we do something that will be good for us (or at least our genes) in the long run by making it fun (or at least compelling) in the short run.”2

We can witness the aha! reward at work in children who tend to experience a “positive affective response (and often a concomitant expression of joy)” when they engage in problem solving.3 This sensation “is a prime motivational factor” for children to develop the “cognitive behaviors of theory development.”4 But Hurley, Dennett, and Adams argue that this mechanism has evolved into our experience of mirth, which rewards us not for discovering valid patterns, but for recognizing false or absurd patterns—which we greet not with aha! but with laughter.

This may explain why jokes often take the form of patterns that get twisted in the punch line. In the type of joke comedians call a “triple,” the listener is given two items so that his mind anticipates the third, only to have the pattern transformed by the punch line (i.e., “An Englishman, an Irishman, and a Scotsman. . . . ”). The revelation of the true pattern in the punch line still makes a kind of sense—but not what was anticipated. Hurley and his coauthors call this “frame-shifting”: “the process of jettisoning a frame that was previously invoked and rebinding the information from it into another frame that fits the whole of the data more completely.”5

This theory isn’t entirely new. Aristotle—who sometimes seems to have anticipated everything—observed in Rhetoric that “jokes are made” by creating a “twist” in meaning that “surprises us when we find [the speaker] means something else.” But to be funny, the unexpected meaning must, in retrospect, “fit the facts”—that is, it must make a kind of sense that is recognized by the hearer.6 To get a joke is, therefore, an act of thought. And if Hurley, Dennett, and Adams are right, it might have helped to drive the development of thinking among our primordial ancestors.

Their theory could explain such phenomena as the use of the word “funny” to express puzzlement at a conundrum as opposed to the fulfillment of a resolution—what’s sometimes called “funny-huh” as opposed to “ha-ha funny.” The sensation of “that’s funny . . .” is experienced when the mind is attracted toward the task of formulating an explanation—toward receiving that aha! reward.

This theory might also help to explain realms other than humor—such as poetry. It’s likely that the thought process that makes jokes funny is similar to that which causes readers to enjoy, say, a sonnet—which takes a form strikingly similar to the “triple” joke. Its stanzas create a pattern that climaxes in an envoi (a concluding couplet) that summarizes the poem’s thought in a “fitting” or “apt” way. Readers who appreciate the poem’s insight often experience the aha! feeling—and might even laugh—in response to the aptness of the conclusion.

Not only is Inside Jokes delightfully well written and a significant improvement on the crude theories of humor others have proposed, it also stands as a remarkable example of practical epistemology—one that appreciates the significance of conceptual thought not only in evolutionary psychology, but also in our daily experience of happiness. If Hurley, Dennett, and Adams are right, they’ve taken a substantial step in explaining why laughter is among the loveliest manifestations of what it means to be human.

If Hurley, Dennett, and Adams are right, they’ve taken a substantial step in explaining why laughter is among the loveliest manifestations of what it means to be human. Click To Tweet

Timothy Sandefur holds the Duncan Chair in Constitutional Government at the Goldwater Institute and is a contributing editor of The Objective Standard.
View all posts by Timothy Sandefur →
‘Awesome without Allah’: Helping Muslims Leave Islam
Scholarship Available to Study Objectivism