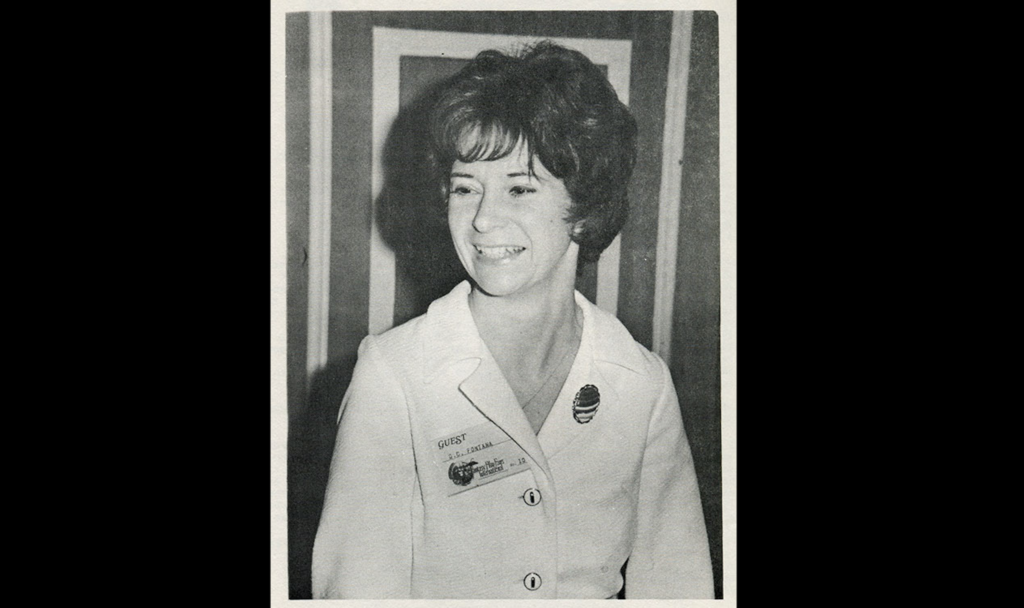 Dorothy Fontana, who died this week at the age of eighty, is best known for her work as a writer for the original Star Trek television series. But, in fact, she was one of the most remarkable women in Hollywood history, a creative and prolific author who helped create some of the most memorable pieces of contemporary American culture.

Born in New Jersey in 1939, Fontana decided she wanted to be a writer at the age of eleven. After graduating from college with a secretarial degree, she moved to Hollywood and began working with Samuel Peeples, a screenwriter then working on Westerns. Fontana enjoyed Westerns herself and found a mentor in Peeples, who taught her the techniques and discipline of writing for TV. “You had to be very concise [to] complete your story in 24 minutes. . . . Sam was very instrumental in teaching me that.”1 She sold Peeples her earliest stories at the age of twenty-one but found it hard to break into writing full-time, particularly for the military shows that were then popular. “Nobody wanted to look at my scripts because I was a woman,” she recalled. “I wanted to write for Combat! for instance, and they wouldn’t read it. . . . That’s when I started putting ‘D. C. Fontana’ on the front cover.”

For the next several years, she worked as a secretary at television studios but always made it clear to her bosses that she wanted to write. She sold scripts to such shows as Ben Casey and The Tall Man and took every opportunity to learn how television was made. “I made it my business to know production—to gain an education on my own—going down to the set, going down into the editing rooms. . . . I educated myself on what production was about.”2

That served her well when she joined the team developing Star Trek, brainchild of a forty-year-old former policeman named Gene Roddenberry. Fontana had never been interested in science fiction but was intrigued by Roddenberry’s idea of using it to tell stories with philosophical themes. Mostly, she was drawn to the character of Spock, the half-human, half-Vulcan whom Roddenberry used as a device for examining various aspects of humanity. Eventually, it was Fontana who, along with actor Leonard Nimoy, would fashion most of the ideas associated with Spock—a character now as firmly fixed in the American canon as Tom Sawyer and Captain Ahab.

Credited with eleven episodes of the series, Fontana was heavily involved with many others for which she received no credit—often editing and rewriting flawed teleplays. Her first staff assignment, in fact, was to rewrite Star Trek’s most acclaimed script, “City on the Edge of Forever.” The original, written by Harlan Ellison, would have been impossible to film on the show’s limited budget.

But what truly set Fontana apart was the artistic integrity of her own work. Consider, for example, “This Side of Paradise,” which tells the story of the “logical” Mr. Spock discovering emotions, falling in love, and being tempted to abandon his lifelong mission of discovery in order to remain in a seeming paradise forever. With its elegant dialogue and sympathetic tone, the episode evokes the viewer’s emotions but takes a firm stand against utopian fantasies and in favor of embracing the more rewarding challenges of real life. Reducing such a complex plot, profound ideas, and compelling character developments to a single hour-long episode was a remarkable achievement.

It was par for the course for Fontana, however, who earned a reputation for hard work and intense focus. “The first draft [a producer] gets is really my third or fourth draft, because I’m always refining,” she said. Conscious of the practical limitations of producing a series within money and time constraints, she was nevertheless committed to her artistic vision. “I just work at it so hard that I feel, this is what I want to say.”3

After Star Trek folded in 1969, Fontana wrote for dozens of other series, including everything from Bonanza to He-Man, before returning to Star Trek for The Animated Series, as well as Next Generation (for which she wrote the pilot) and Deep Space Nine.4 She even wrote stories for video games and taught screenwriting at the American Film Institute. “You have to love what you’re doing,” she told her students. “And you have to bring everything you have to it, because it will take everything you can give. . . . It’s hard; it’s very hard. . . . You must bring the determination and the will to do it.”5

Dorothy Fontana, who died this week at the age of eighty, is best known for her work as a writer for the original Star Trek television series. But, in fact, she was one of the most remarkable women in Hollywood history. Click To Tweet

Timothy Sandefur holds the Duncan Chair in Constitutional Government at the Goldwater Institute and is a contributing editor of The Objective Standard.
View all posts by Timothy Sandefur →
Range: Why Generalists Triumph in a Specialized World by David Epstein
Promote Winter Wellness with Hygge

4. Fontana was not involved with the Star Trek films, however.