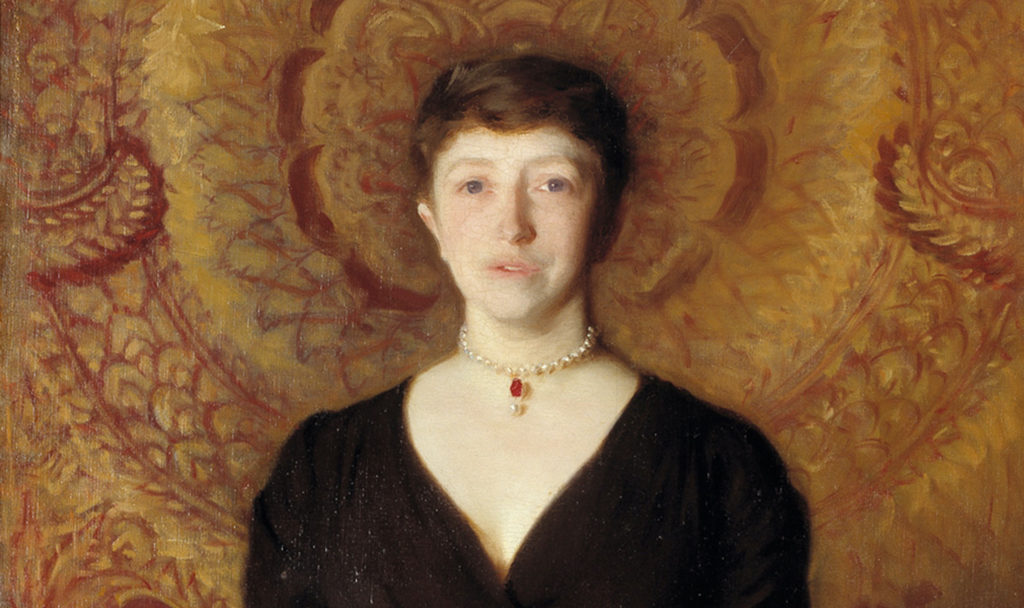 Mrs. Jack Gardner is one of the seven wonders of Boston. There is nobody like her in any city in this country. She is a millionaire Bohemienne. She is the leader of the smart set, but she often leads where none dare follow. . . . She imitates nobody; everything she does is novel and original.1 —A Boston reporter

Isabella Stewart Gardner (1840–1924) was a firecracker of a woman with a studied yet eclectic taste in art and the means to acquire lots of it. At twenty-seven, after losing her nearly three-year-old son to pneumonia and another child to miscarriage, her husband, John Lowell “Jack” Gardner, planned a getaway to help relieve their grief. Isabella relished the travel. Doctors had warned her against another pregnancy. She soon gave up thoughts of having children and embraced the life of cosmopolitan heiress, traveling Europe, Scandinavia, Russia, and the Middle East; collecting paintings, sculptures, tapestries, photographs, ceramics, and a wide variety of artifacts.2

Befriending many of the most renowned artists of the day, including the painters James McNeill Whistler and John Singer Sargent, Isabella steadily built her collection. As it grew, she and her husband formed plans for a new home with space enough to display all of it, but, in 1891, he died suddenly at the age of sixty-one. Isabella refused to be stultified by despair. She bought land in the marshy Back Bay Fens area of Boston, alongside part of the “Emerald Necklace” park system designed by Frederick Law Olmstead—and began hashing out ideas for her new home and gallery.

In addition to collecting art on her travels, Isabella lovingly crafted scrapbooks with photographs and watercolors of some of her favorite architecture, and she purchased stained-glass windows, doors, doorways, columns, balustrades, mantelpieces, and more, much of which she would incorporate into her design. Of all the magnificent buildings the Gardners had visited, their favorite was the Palazzo Barbaro along Venice’s Grand Canal. Home of friends Daniel and Ariana Curtis and a gathering place for English and American expat artists and collectors, this Venetian palace would inspire Isabella’s gallery in both body and soul. She hired architect Willard Sears to design it, but, he later quipped, he was merely the structural engineer; Isabella was chief designer.

When construction began, none could keep her from the loud and dusty worksite. She supervised daily, frequently calling for changes when the work—executed as planned—did not live up to her vision. Once, after three large, arched windows had been set and framed, she changed her mind on the arrangement and had them taken down and reinstalled. An entry in Sears’s diary reads, “The masons commenced setting the col. [columns] around the Court this morning. Mrs. Gardner superintending the removal of every col. from the shed, and directing the setting of each col.”3 A surviving photo shows Isabella on a ladder, demonstrating for the workmen below the exact effect she wished for the building’s pink stucco walls.

Completed in late 1901, Isabella’s masterpiece incorporated Roman, Byzantine, Romanesque, Gothic, and Renaissance elements. But instead of a gaudy cluster, it was—and remains—a unique and unified beauty. Its most enchanting feature is the atrium, the four sides of which, although indoors, are, as architecture critic Robert Campbell said, “The Gardner’s real facades.”4 Its four stories of arches, columns, and balustrades are capped with a glass roof that showers light over an indoor courtyard, finished with decorative tiles and surrounded by flowers, palm trees, and ornamental statuary. Isabella spent more than a year arranging her art in the building’s first three floors, finally unveiling her collection with a magnificent ball—including music performed by members of the Boston Symphony Orchestra—on January 1, 1903. A month later, she opened “Fenway Court” to the public.

She welcomed artists of all sorts to take up residency there. In April 1903, John Singer Sargent moved into a first-floor apartment, where he lived for a month, painting five portraits, including one of their mutual friend composer Charles Martin Loeffler—which he presented to Isabella for her birthday—and another of her friend poet Gretchen Osgood Warren and her daughter Rachel. 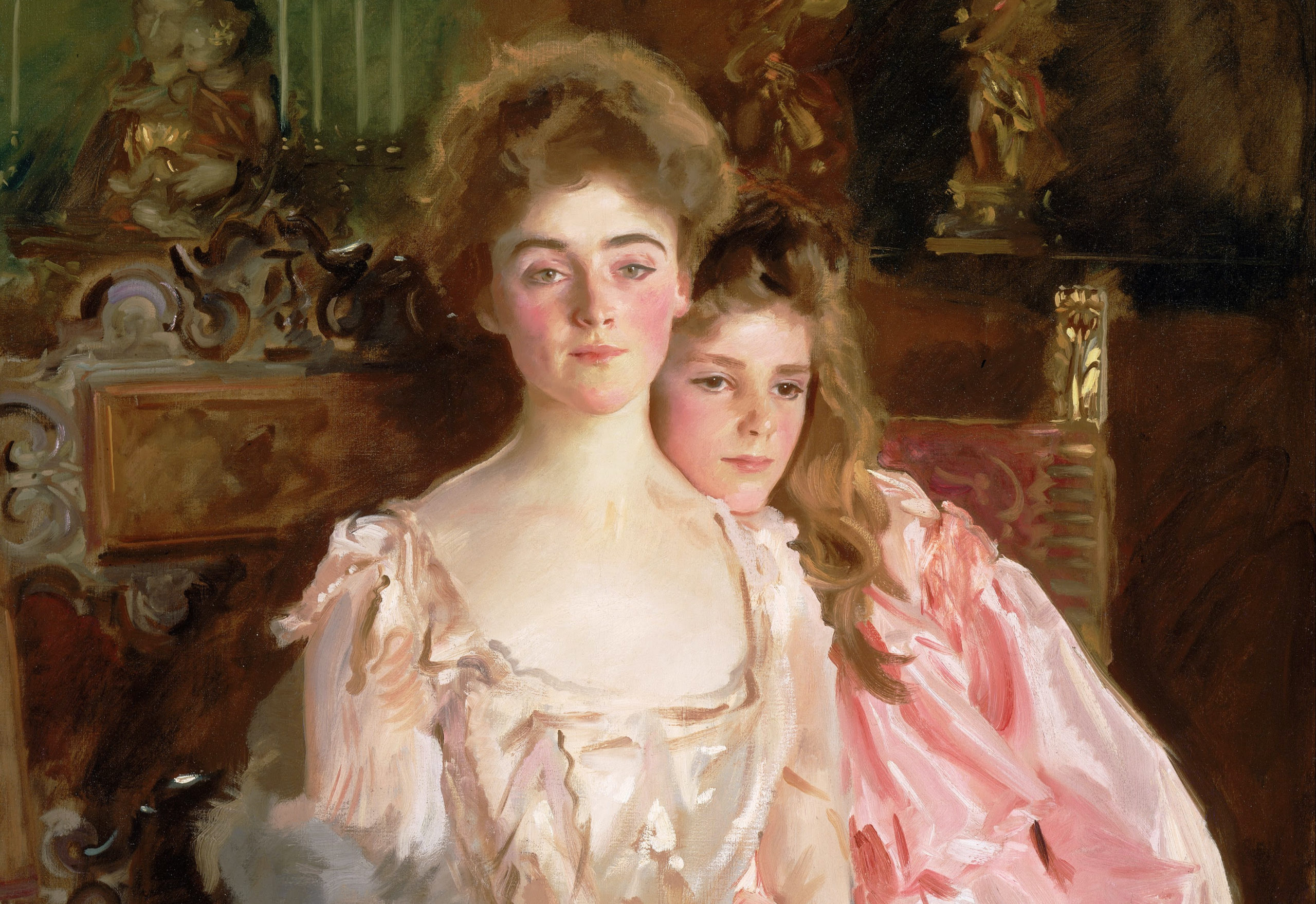 Mrs. Fiske Warren (Gretchen Osgood) and Her Daughter Rachel, by John Singer Sargent. On display at the Museum of Fine Arts, Boston

Upon her death in 1924, Isabella left her museum “for the education and enjoyment of the public forever,” mandating that nothing be added to or removed from the collection. Sadly, one night in 1990, thieves dressed as police officers tricked security guards into letting them enter, then bound and gagged them in the basement. They cut a handful of paintings from their frames, stealing thirteen prized works in all—none of which have been recovered. 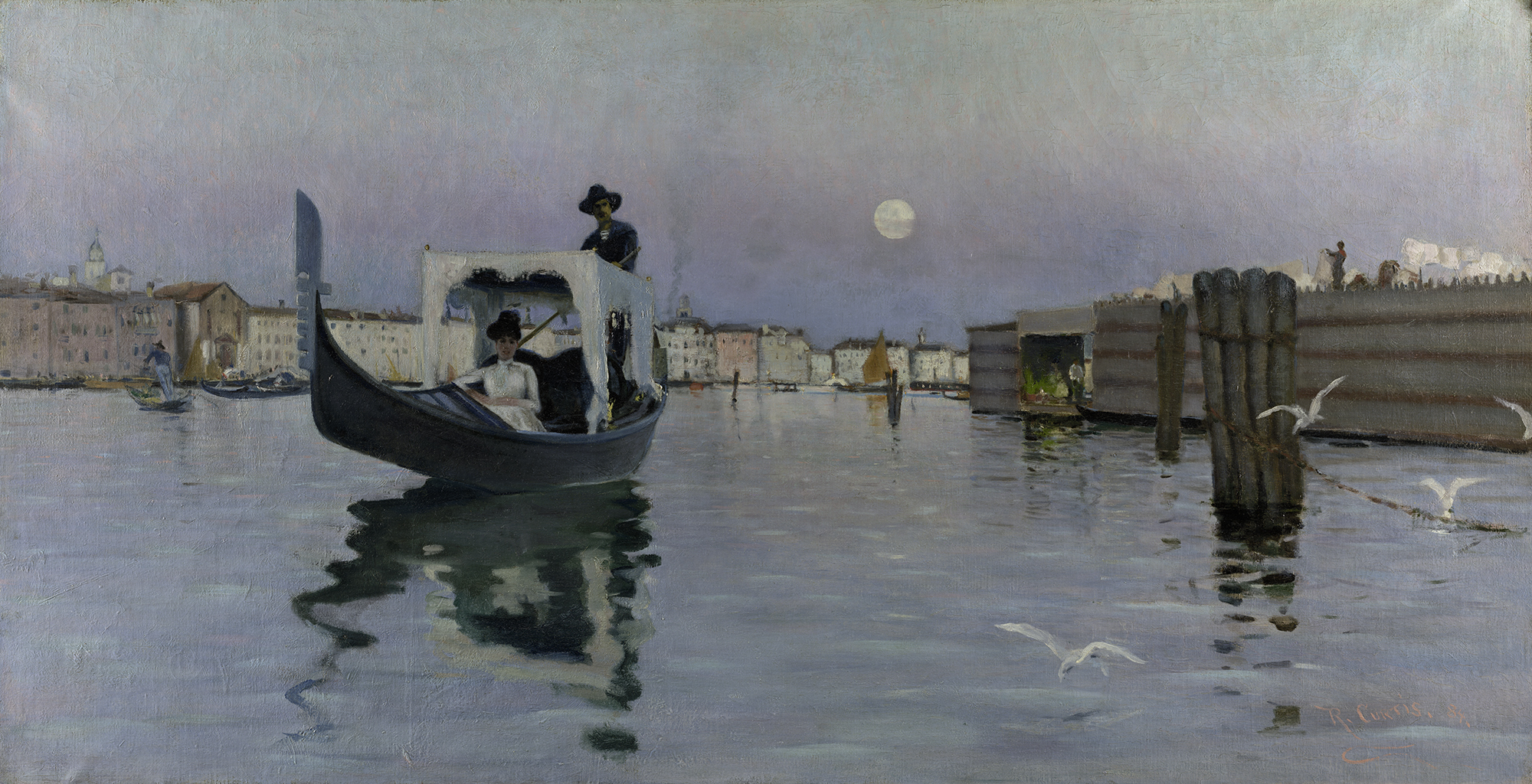 Return from the Lido, by Ralph Wormeley Curtis. On display in the Blue room at the Gardner Museum

These, though, were not the best, which remain on display today—just as Isabella left them. They give visitors a glimpse into the life of a woman who, as one friend put it, lived “at a rate and intensity, with a reality that makes other lives seem pale, thin and shadowy.”

PS. If you come to TOS-Con 2020 in Boston this summer, make time to enjoy the many treasures in Isabella’s collection at the nearby Gardner Museum, including one of John Singer Sargent’s masterworks, El Jaleo. And, of course, TOS-Con features Timothy Sandefur’s talk, “A Brush with John Singer Sargent,” in which you’ll hear about this incredible painter’s life and works. Join us for the most life-enhancing conference of the year!

Isabella Stewart Gardner lived “at a rate and intensity, with a reality that makes other lives seem pale, thin and shadowy.” Click To Tweet 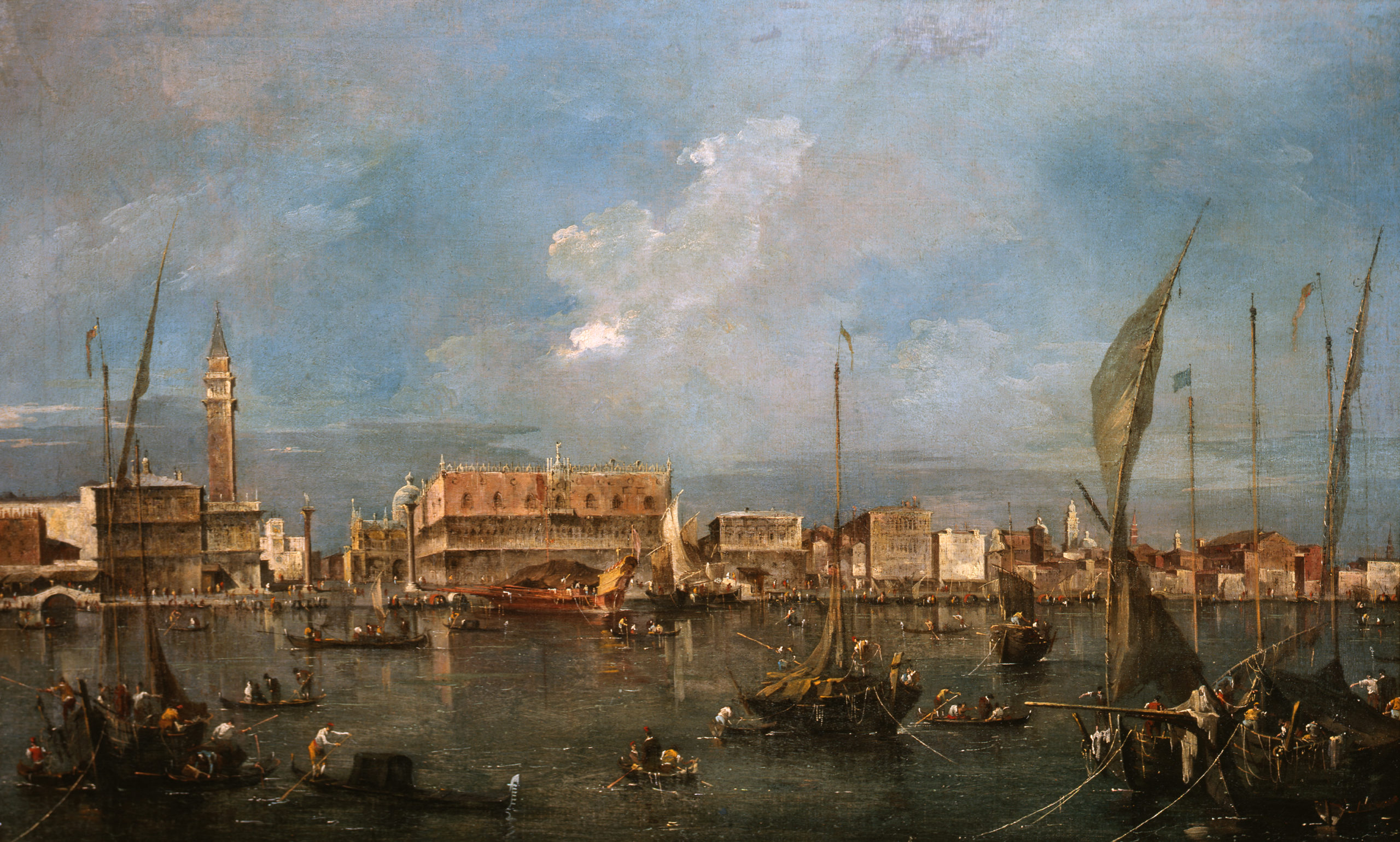 View of the Riva Degli Schiavoni and the Piazzetta from the Bacino di San Marco, 1760s, by Francesco Guardi. On display in the Veronese room at the Gardner Museum

Jon Hersey is the associate editor of The Objective Standard. His work focuses on intellectual history, specifically, the ideas on which freedom and flourishing depend. He has published in-depth articles on John Locke, Thomas Jefferson, Benjamin Franklin, John Stark, William Wilberforce, Rosa Parks, and more.
View all posts by Jon Hersey →
Announcing 4 New Sessions at TOS-Con 2020!
TOS-Con 2020 and Coronavirus

2. Her father, a successful New York businessman, later would leave her $1.75 million.