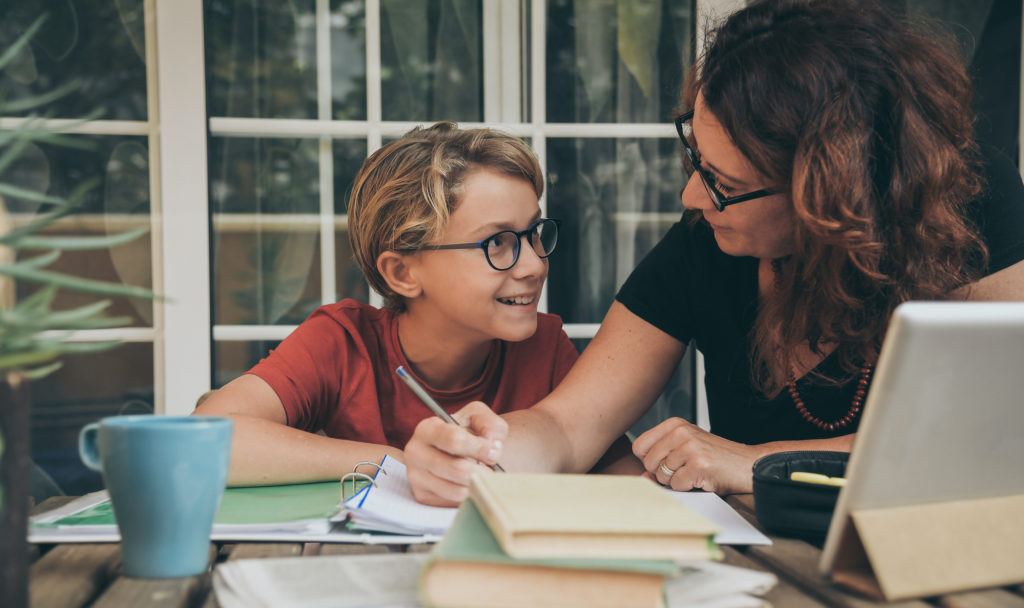 Editor’s note: TOS does not endorse the author’s views on “unschooling.” For an enlightening exchange on that subject, see Lisa VanDamme’s reply to a letter in the Spring 2008 issue of The Objective Standard.

It is an odd juxtaposition that at a time when families are isolated in their homes, lacking the freedom to go about the ordinary routines of life, many are experiencing greater educational freedom. As cities shelve compulsory attendance mandates, curriculum directives, and annual testing requirements, parents are catching a glimpse of education without forced schooling.1 They are leveraging a multitude of online learning resources and spotting the ways in which their child’s creativity and curiosity rebound when allowed to explore more individualized curricula.2 Many parents are seeing that their children are happier, more focused, and more imaginative when not required to spend their days attending traditional school, and some of these parents may want to continue supporting their child’s learning at home post-pandemic.3 In this period of confinement and social distancing, families are discovering the expansive education opportunities outside of conventional classrooms.

A Glimpse of Homeschooling

Because of COVID-19-related lockdowns, hundreds of millions of young people have been discharged from traditional school settings.4 Some are following the same curriculum and attendance requirements that they otherwise would, but others have been unleashed from such strictures. Some families are using this unusual circumstance to withdraw their children permanently from local school districts, opting for independent homeschooling instead of the “remote schooling” that many municipalities are offering. One such parent shared with me the e-mail he sent to his school district’s superintendent officially withdrawing his son. “His mood and vitality flipped like a switch when we told him this remote schooling was over,” he wrote. “It also uncovered his apathy toward [traditional] schooling in general.”

The modern homeschooling movement began in earnest in the 1970s, first among countercultural leftists who were dissatisfied with government-controlled schools and chose not to send their children to them. The homeschooling population swelled during the 1980s and ’90s, particularly as religious conservatives began to educate their children at home and pushed for legal recognition of their right to do so. Over the past four decades, homeschooling numbers have soared to nearly two million students in the United States, moving from the sidelines to a mainstream education option.5 Today’s homeschoolers are more demographically and ideologically diverse than they were even a decade ago, and the homeschooling population is increasingly reflective of American society more generally.6 Although religion still plays a role in many families’ decision to homeschool their children, much of the recent growth in the practice comes from urban, secular families who value a more individualized approach to learning.7 According to the most recent federal data, more parents are choosing homeschooling out of “concern about the school environment”—specifically in regard to “safety, drugs, and negative peer pressure.”8

And then there’s the often dismal academic performance of students in government schools. The most recent results of the National Assessment of Educational Progress (NAEP), often called the “Nation’s Report Card,” reveal that two-thirds of American students are not proficient in reading, and U.S. history and geography scores have declined as well.9 Although current research on homeschooling has its limitations, given its reliance on surveys and a lack of control studies, most peer-reviewed studies show that homeschoolers outperform their peers and have more positive life experiences, including greater career satisfaction and personal fulfillment.10 Another recent study shows that today’s homeschoolers take greater advantage of the resources in their communities and thereby cultivate more useful knowledge and valuable relationships than many of their traditionally schooled peers.11 On average, they more often visit local libraries and museums, and they attend more cultural activities, such as musical, theatrical, and athletic events.

As many are learning, homeschooling no longer requires a two-parent household in which one parent stays home to teach. Today, homeschoolers increasingly take advantage of hybrid homeschooling models; low-cost, in-home micro-schools; self-directed learning centers; virtual learning; community classes; and apprenticeship programs.12 These and other innovations make homeschooling a viable option for more families than ever. Education-choice mechanisms such as education savings accounts and tax-credit programs also help more families to choose alternatives to conventional schooling by defraying costs of learning materials, classes, books, tutors, and more.

The Future of Homeschooling

The government response to the COVID-19 pandemic clearly is accelerating the shift away from conventional schooling and toward homeschooling. A recent survey by EdChoice found that 52 percent of respondents have a more favorable view of homeschooling than they did before the outbreak.13 And with greater freedom to explore their interests, many children are learning to cultivate their passions and purpose like never before.

Although homeschooling has been legal throughout the United States for about thirty years, opponents of homeschooling continue to push for greater government oversight and even “presumptive bans” on the practice.14 If parents and policymakers wish to protect and promote liberty, they must push back against efforts to regulate or ban this educational approach. Given the impact of a good education on a child’s life trajectory, those concerned with freedom and progress will be hard-pressed to find an issue more important than defending the rights of parents and children to decide how best to pursue this value.

In Ayn Rand’s Atlas Shrugged, protagonist Dagny Taggart witnesses children in a valley who learn outside of “educational systems devised to stunt a child’s brain,” noting that “they had the eager curiosity that would venture anywhere with the certainty that life held nothing unworthy of or closed to discovery.”15 Although, during a lockdown, we can’t venture far, parents nonetheless have an opportunity to help rekindle such eager curiosity in their children, giving them the setting, resources, and confidence to make the discoveries that will enrich their lives and ours.

Kerry McDonald is a senior education fellow at the Foundation for Economic Education, an adjunct scholar at the Cato Institute, and author of Unschooled: Raising Curious, Well-Educated Children Outside the Conventional Classroom (Chicago: Chicago Review Press, 2019).
View all posts by Kerry McDonald →
‘The Earth Becomes My Throne’: Individualism in Metallica’s Black Album
Thank You, Cordie Williams, for Standing up for Liberty and Integrity

4. Valerie Strauss, “Schools of More Than 90 Percent of the World’s Students Closed during This Pandemic,” Washington Post, March 27, 2020, https://www.washingtonpost.com/education/2020/03/26/nearly-14-billion-children-around-globe-are-out-school-heres-what-countries-are-doing-keep-kids-learning-during-pandemic/.

5. Chris Weller, “Homeschooling Could Be the Smartest Way to Teach Kids in the 21st Century—Here Are 5 Reasons Why,” Business Insider, January 21, 2018, https://www.businessinsider.com/reasons-homeschooling-is-the-smartest-way-to-teach-kids-today-2018-1.