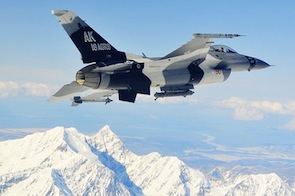 Regarding my article “No Substitute for Victory”: The Defeat of Islamic Totalitarianism in The Objective Standard, readers have brought up several questions that I’d like to answer. Among them are two of great importance: (1) Isn’t the enemy stateless, i.e., without the kind of centralized political state that controlled Japan? and (2) Can religion and state be separated in Islam, which is a social-political-legal system as much as it is a religion?

I will address these issues, and others, at length in a reply to readers’ comments in the forthcoming issue of The Objective Standard. But I wish to give a brief answer here in advance.

The power of a policy that states the goal of the war as eliminating State Islam is that it identifies the enemy precisely: those who use force to impose Islam politically. It states exactly what we want from the enemy: an end to his use of force. It has a successful historical precedent. It is also fully consistent with the requirements of individual rights and freedom; it does not ask us to win at the price of losing our liberty. It leads directly to a clear strategy to achieve the policy.

This policy would imply several things. First, with the stated goal as the elimination of the threat—and not a better way of life for foreign populations—we could install a ruler over Iraq, akin to the Shah in Iran, and tell him to do what is needed to control the violence—but never, ever, to attack America or threaten American interests. We are in a mess in Iraq because we took on the task of bringing freedom and prosperity to Iraqis—which never should have been our goal. Altruism led us into such a sacrifice. If we remove an enemy and the country falls into civil war, that is better than their building nuclear bombs.

Second, since political Islam—meaning, wherever Islam has achieved actual political power—would be the target, Iran would be first on the list, the goal being the elimination of the theocratic government and the installation of an America-friendly ruler. (The Saudis, given their support for Islamic law across the world, would be second on the list—and would fall into line after the example of Iran, or could be replaced.) On this policy, we would never have ended Iran’s strongest regional opponent (Saddam Hussein) and tried to free his country without dealing first with the main threat next door.

Third, with such openly stated goals, the way would be clear for other governments to clean house. They’d be less inclined to compromise between Islamic Totalitarians and us, since they’d want to avoid our wrath at all costs. The demonstration of resolve in war is very effective; recall Sherman’s burning of Atlanta (which collapsed the southern will to fight) and the atomic bombs we dropped on Japan (which made it clear to the Japanese leadership that we had and would use them).

To answer another persistent point, we may not, in my opinion, need to use nuclear weapons in the Middle East (although I am not a military tactician). But we do need to demonstrate the will to remove an Islamic government that we deem a threat, without apologizing every time a civilian is hurt. This demonstration would sweep across borders and be seen by every government in the world. It would show that while Islam might be stateless, we recognize that Islamic dictatorships are not, and that to side with such a state is to become a target of the most powerful military in the world.

Islam itself is stateless; it respects no borders. It was designed precisely to unite all those who submit to Allah, regardless of where they live and what tribe they belong to. We have to adopt the same attitude, only with freedom and individual rights as our uniting ideals. By defining the enemy as Islamic Totalitarianism—government imposition of Islamic Law— we exempt no such state from our reach and yet enable every state to avoid the title and our wrath.

As to the claim that Islam, practiced literally, cannot be separated from politics, this is, in my judgment, true. (I see Islam as descending from common roots with Zoroastrianism, the ideology of Ahuramazda, and Manichaeism in the Near East. I wrote a short piece on this at Principles in Practice titled “Notes on the Near Eastern Legacy of Islam.”) Islam is not a religion that can be separated from state; it is an all-encompassing way of life. But it is not true that unserious Muslims cannot live under non-Muslim laws; the majority in western countries do—they compromise Islamic law to obey the laws of civilized society.

Identifying the enemy as Islamic Totalitarianism would enable us to end attempts to import Islamic Law into our own country, and it would empower our allies to end such attempts in their own countries. It would enable individual Muslims to comply with our demands, and it would expose those who refuse. It would also demonstrate the failure of Islam as a political movement, and thus challenge the premise, in the minds of many, that the Islamic Totalitarians are some kind of misguided idealists, right in principle but going too far.

As to the issue of realism: There can be no realistic discussion of a proper “strategy” (a means to attain policy ends) without a proper statement of the end that the strategy is intended to achieve. There is nothing more un-realistic than trying to create a plan without knowing where we are going—or assuming that no plan is possible since reality is “really” always in flux. The realism that we need is the recognition that those supporting Political Islam—rule by Islamic Law—are the real enemy. I’ll gladly listen to anyone who has a different strategy for eliminating Islam as a political power and ending the threat it poses to us—but I’ve not yet heard anyone offer such a strategy.