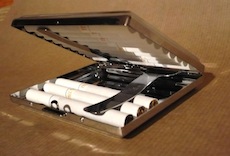 The United Nations is encouraging governments all around the world to “curb” smoking by increasing taxes and regulations on tobacco companies. Supporters of this move justify this increase in government coercion by claiming this will make people healthier and increase revenue for the government.

The government’s proper function, however, is not to make people healthier but to protect people’s rights—including the rights of tobacco producers and consumers to contract by mutual consent in accordance with their own judgment. Adults are perfectly capable of making their own decisions about risks in life, and they have a moral right to do so. Unless there is fraud or some other kind of coercion involved, the government has no moral right to intervene in market transactions.

As for the “revenue” that would be increased by raising taxes on tobacco sales, it would be increased only by means of increased violations of the rights of producers and consumers. This would be immoral. Further, the governments of the world don’t need to increase “revenue”; rather, they need to decrease their interventions in the marketplace and in people’s lives, and to limit their function to the only proper purpose of government: the protection of rights.

Still further, the UN is a wholly illegitimate organization, the purpose of which is to undermine the United States, prop up dictators and socialist regimes, and redistribute America’s wealth. The organization should not be abided; it should be abolished.

The Obama Downgrade
Gary Johnson on Democracy vs. Republic
Return to Top