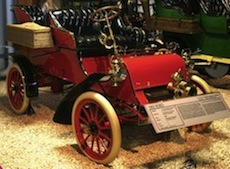 Zero to 28? Yes, on a good day. Henry Ford’s first two-cylinder, eight-horsepower Model A car of 1903 cost around $18,000 in today’s dollars. Since then, manufacturers have aggressively pushed forward automotive technology, producing vehicles that are faster, safer, more comfortable, and more economical to purchase and operate.

Unfortunately, the federal government’s fuel standards disrupt this forward march of technology, substituting the whims of politicians and bureaucrats for the independent judgment of producers and their customers. As a result, the auto industry becomes more heavily shackled by political directives, and it offers consumers less-desirable vehicles.

In a free market, a car company that innovatively improves performance, safety, or lifetime cost attracts customers looking for good value. Moreover, auto producers tailor different vehicles to customers with different needs. Some prefer high-performance cars, though they cost more and burn more fuel. Others want larger, safer vehicles with plenty of room for passengers and supplies. Still others look primarily for economy and low gas bills. In a free market, producers succeed by improving their vehicles and offering the features that customers want.

But the federal government increasingly pushes out the knowledge and preferences of producers and consumers, handing control instead to bureaucrats who back up their demands with threats of sending in armed federal agents. As Thomas Pyle of the Institute for Energy Research summarizes in U.S. News, in recent months “President Obama has announced back-to-back new fuel economy standards for passenger vehicles and trucks.” Pyle notes that pushing fuel economy through political force results in costlier, lighter, less-powerful, and more dangerous vehicles.

Mandates inevitably cause harm because they violate the rights of producers and customers, specifically their rights to act and to contract according to their own judgment. Car makers can no longer produce vehicles in accordance with their own reasoned consideration of relevant engineering technology, consumer demand, and the goals of their company. And consumers can no longer interact voluntarily with sellers on terms they judge mutually beneficial. Instead, bureaucrats dictate how cars will be manufactured and on what terms they will be sold. Political force cuts short a person’s capacity to apply his mind to matters concerning his needs and his life. The degree of damage depends on the degree of force imposed.

Nevertheless, Obama and federal bureaucrats claim the new fuel standards will benefit consumers as well as the auto industry. U.S. Transportation Secretary Ray LaHood says the heavy-vehicle standards “will reduce fuel costs for businesses” and “encourage innovation in the manufacturing sector.” Further, the release from the National Highway Traffic Safety Administration (NHTSA) claims, the standards followed “requests from [auto] companies to develop this program.” Such claims, however, cannot alter the fact that forcing people to act against their own judgment harms their lives. We can see this by taking a more detailed look into those three points: costs, innovation, and industry’s participation in creating the rules.

Reducing “fuel costs” in this context comes at the price of increasing overall costs. Because the controls impose higher costs of research, design, and production on manufacturers, the new vehicles will carry a heftier price tag. Moreover, insofar as fuel “efficiency” translates to lighter, less-powerful vehicles that cannot carry the same loads or climb mountains in a timely manner, businesses will see other costs of doing business rise. To illustrate the absurdity of fixating on fuel costs while ignoring other costs, consider that the government could massively “reduce fuel costs” for consumers by requiring that everyone drive mopeds rather than cars, SUVs, or trucks—the savings hardly would offset the costs of reduced safety and function.

No doubt the new fuel controls will “encourage” (i.e., force) companies to meet the mandated goals, but that will be at the expense of innovation elsewhere. Auto companies fixated on reducing fuel use must redirect research dollars away from improving things such as performance, comfort, and overall cost of operation. In turn, businesses that pay more for vehicles retain less money for their own research and development.

To hear bureaucrats tell the story, technological innovation arises only when the federal government promotes it. In reality, innovation arises only to the extent that people remain free to act on their own judgment. Bureaucratic controls violate rights and thus stifle innovation. In a free market, auto technology advances at a rapid clip as producers strive to best meet the needs of consumers and succeed in business. Producers don’t need the federal government to “help” with innovation. Indeed, as Jerry Taylor and Peter Van Doren point out in Forbes, “The reason such a large increase [in fuel standards] is even possible is because of the truly revolutionary advances in automotive computerization that have occurred since 1980”—advances made possible by the relative freedom of the market.

The fuel controls do “encourage innovation” in one obvious way: they encourage businesses to innovatively seek political favors. That some large manufacturers seek complex bureaucratic controls is nothing new; they typically help write the rules specifically to help squash smaller potential competitors. The latest Federal Register rules for medium to heavy trucks consume 408 pages of dense legalese. Who, other than established corporations with armies of lawyers and lobbyists, can hope to successfully navigate such controls? Writing in U.S. News about the controls on smaller vehicles, Katie LaBarre describes typical “compromises” of political insiders. Some companies promote the bureaucratic process so they can unfairly manipulate the rules, while others genuinely seek to mitigate the damage of the controls. Still other companies express support for the process simply to avoid bureaucratic retaliation. In any case, the federal controls encourage companies to substitute political favor-seeking for productive effort.

Because fuel laws violate the rights of producers and customers, they undermine people’s rational economic decisions, stifle innovation, and encourage corruption. If political leaders want to see smooth-running markets, technological innovation, and reasonable prices, they must stop controlling markets and start respecting rights. The fuel market is a good place to start.

Enjoy The Standard on the Go!
Steve Jobs’ Philosophy of Life
Return to Top