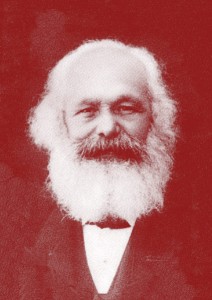 “If you have to work to live, is it a choice? If you have no choice, are you free?” So read a sign at the Occupy Chicago May Day event. This illustrates perfectly what sort of freedom the Occupy movement desires.

In their view, because we must exert effort and be productive in order to live—because we must work and earn money in order to afford food, shelter, clothing, medical care, and all the other goods and services on which our lives and well-being depend—because these things don’t just drop into our laps from Heaven like the proverbial manna—we are not free.

The sort of “freedom” the Occupy movement desires is nothing less than freedom from reality.

Correspondingly, the primary form of activism in which the Occupiers engage is that of sitting around parks, consuming drugs, banging on drums, gyrating wildly, and, in terms of productive work, remaining completely idle. Where do the catered lunches, the iPads, the tents, the sleeping bags, and the countless other goods and services that sustain the Occupiers’ lives come from? The Occupiers “blissfully” free their minds from all such questions.

As C. Bradley Thompson points out in his recent article, “Why Marxism? Evil Laid Bare,” Marx began his philosophical speculations with this desire to be free from reality, holding that “the enemy of being is having”:

At the heart . . . of Marx’s critique of capitalism is his moral revulsion at the thought that someone—somewhere—might be trying to improve the material quality of his life by actually working and saving. The very idea of having—of acquiring and accumulating material goods beyond a certain basic level—is repugnant and contrary to man’s true “being.”

Marxism thus suffers from one fatal flaw: It violates the basic laws of reality. Contrary to Marx’s claims, one must work and save in order to live a materially and spiritually satisfying life. Marx envisions a world where men are able to eat, drink, read, love, theorize, sing, paint, fence, and go to the theater, the dance hall, and the pub free of charge and without having to earn a living and save. In other words, he wants to live in the world of the Big Rock Candy Mountain where chickens lay boiled eggs, or in a society where every person has his own personal Friedrich Engels—as Marx himself did—a sugar daddy to personally bankroll one’s profligate lifestyle, but without the guilt associated with being a moocher. The visceral anger that pours out of Marx’s writings stems ultimately from the fact that he could not bend reality to his wishes.

It is no accident that the sort of “freedom” demanded by the Occupiers leads to the enslavement of the productive for the sake of those who wish to “be” without the responsibility of rational thought or productive effort.

We who wish to remain in reality—we who wish to live—must reject the left’s war against reality in all its variants. We must point out that, as a matter of causal fact, life requires productive thought and effort. We must explain that freedom means that individuals may live their own lives and pursue their own happiness and productive achievements without being coerced by others.

We who wish to occupy reality and thrive must yank the modern Occupy weed by its Marxist roots and discard it in the compost heap of history.