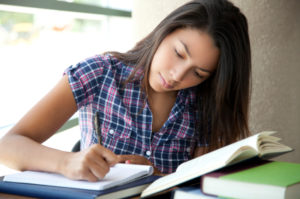 The College Board, which administers the Scholastic Aptitude Test (SAT) for high school students seeking college admission, has cravenly capitulated to pressure from egalitarian democracy-mongers who despise the unequal brains, potential, and talent of America’s smartest students.

The Board had recently announced a special program, offered in conjunction with the National Society for the Gifted and Talented (NSGT), to provide a unique SAT prep course geared to very smart teens. SAT prep courses already exist for students of varying aptitudes at low prices, but this new one, which would have begun August 3 at a cost of $4,500, was a super-charged version of the typical course, geared to the best and brightest.

The course was to be held at Amherst College, an institution of higher learning, and offered to the highest learners; now it’s been dropped because egalitarians prefer that no student perform better in school than the lowest learners or dolts. That, indeed, is the whole point of universal “public” education; the system is geared not to educating upward but to leveling downward.

The College Board quickly dropped its new prep course amid charges that it was “unfair” to less-smart, less-talented, less motivated students. How, exactly, is it “unfair”? Appeasing its opponents, the College Board said the SAT seeks to “democratize access to education,” so, on second thought, it viewed its prep course for the brightest as improper.

This is vicious stuff—in effect, democracy against intelligence—and it should be an outrage to right-thinking American parents. Yet these same parents sit by idly while their children’s soccer games go un-scored, and at the end of the season everyone—winner and loser alike—gets a trophy.

Billions of dollars each year are taken forcibly from taxpayers to fund bloated and bureaucratic government schools that waste, cripple, and destroy human capital; these institutions of lower-learning, non-learning, and anti-learning render millions of innocent children unfit or unwilling to pursue productive careers after graduating. Huge public sums are also spent on so-called “special education” programs, in which students are defined as “special” because they are mentally or emotionally retarded. Yet egalitarian-democrats scream if private sums are spent on students who are special because they are smart, talented, and motivated. This is monstrous discrimination against human potential and greatness. Yet this is what egalitarian democracy looks like. This is how it works in practice. It brazenly starves or penalizes success and achievement; it stunts the freedom, growth, and happiness of the best young people (and older ones, too). At root and in essence it is anti-brains, anti-progress, and inhumane.

Americans should urge the College Board to stand on principle, proceed with its new prep program, and tell the egalitarians to butt out.

Correction, 6/8/12: Thank you to Timothy Sandefur for pointing out that the Board did not cancel the SAT preparatory course for gifted students; rather, the Board cancelled the summertime SAT that was to be offered specifically for students taking the course. Even so, the reason the College Board cancelled the test is that it was scheduled specifically for the gifted students taking this course, and the Board capitulated to complaints that this was “unfair.” As the Times articles put it, the test was to be “an unusual summertime SAT to students enrolled in a preparatory course conducted by the National Society for the Gifted & Talented,” but now “the plan has been dropped.” What was meant by “unusual,” I reasonably infer, is that the Board would have the score stats from the gifted students who took the course at Amherst; thus the Board would know how well the gifted students scored. So the decision remains an egalitarian outrage. —RMS

Richard M. Salsman is president of InterMarket Forecasting, Inc., a visiting assistant professor of political economy at Duke University, and a senior fellow at the American Institute for Economic Research. Previously he was an economist at Wainwright Economics, Inc. and a banker at the Bank of New York and Citibank. Dr. Salsman has authored the books Breaking the Banks: Central Banking Problems and Free Banking Solutions (1990), Gold and Liberty (1995), and The Political Economy of Public Debt: Three Centuries of Theory and Evidence (2017). He is also author of six chapters and scores of articles. His work has appeared in the Georgetown Journal of Law and Public Policy, Reason Papers, the Wall Street Journal, the New York Times, Forbes, the Economist, the Financial Post, the Intellectual Activist, and The Objective Standard (where he is also a contributing editor). From 2010 to 2013 he authored seventy-eight op-eds as a regular essayist at Forbes.com. Dr. Salsman earned a B.A. in economics from Bowdoin College (1981), an M.A. in economics from New York University (1988), and a Ph.D. in political economy from Duke University (2012).
View all posts by Richard M. Salsman →