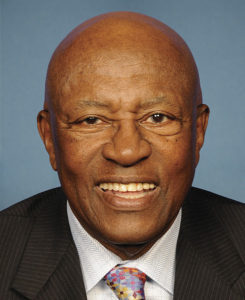 “Healthcare is a fundamental right, not a privilege,” writes New York Congressman Edolphus Towns. He offers no argument for this, but states merely, “This is what we learned last month when the United States Supreme Court upheld key provisions of the Patient Protection and Affordable Care Act,” a.k.a. ObamaCare.

The implication of this view is that there is no difference between rights and laws. You have rights to life, liberty, property, and the like only if the government says you do. Government decides what your rights are and what they are not.

It should go without saying—but apparently in today’s world it must be said—that Towns’s view directly contradicts that of America’s Founders, who advocated a government to protect our “unalienable rights” including “life, liberty, and the pursuit of happiness.” America was built on the principle that government exists to protect our preexisting rights—not to decree what rights we have and do not have.

It is equally obvious to all but Towns and his ilk that an alleged “right” to a good or service (such as a house or an education) obliterates the actual rights of individuals who are forced to provide that good or service. The government cannot concoct and enforce fake rights without violating real ones.

Does the fact that health care is not a right reduce it to a mere privilege, as Towns implies the alternative would be? No. A privilege is a special favor granted by a government (or other party). Health care is not something that we properly obtain only at the government’s discretion.

Notice that when government violates rights to property and freedom of contract in order to manufacture a pretend “right” to health care, the government in fact turns health care into a privilege, financed and provided at bureaucratic discretion. Under ObamaCare, people have a “right” only to care controlled and rationed by bureaucrats.

If we wish to preserve our lives, our liberties, and our right to purchase health services on a free market, we must repudiate claims that health care and other goods and services are “rights” or “privileges,” and we must steadfastly defend our actual rights to property and freedom of contract.