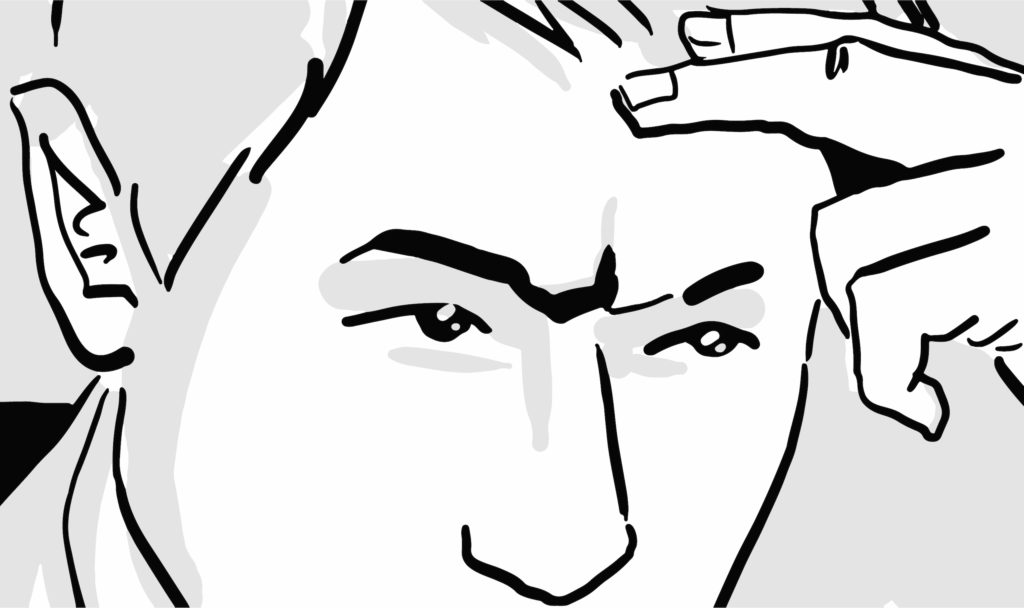 Why do we accept the political ideas we accept? Why do we embrace the moral ideas we embrace? Do we uphold the same cognitive standard in each sphere? We should.

Why? Why do we know that it would be wrong to accept political ideas just because others do? We know it because we recognize the propriety of independent thinking in regard to political matters.

Unfortunately, few advocates of liberty uphold this same standard when it comes to moral matters.

How many people are raised in a family or culture that regards altruism—the idea that we have a moral duty to serve others—as correct? Nearly 100 percent. And how many are willing to question whether altruism is true? Very few. This, in large part, is why we are losing our liberties—especially our economic liberties.

To see why this is so, let us look briefly at what liberty is, what it enables, and what altruism has to say about that. Then we’ll turn to the nature of independent thinking, its demands in regard to moral issues, and what this means for advocates of liberty.

Liberty is the political condition under which physical force is legally barred from social relationships. This condition depends on and is sanctioned by the moral principle of individual rights—the idea that each person has a moral prerogative to act on his own judgment for his own purposes. Because the only thing that can stop a person from acting on his judgment is physical force, the establishment and maintenance of liberty requires a government dedicated to banning physical force—including indirect force, such as fraud—from social relationships; and using force only in retaliation and only against those who initiate its use.1

Under liberty, each individual is free to act as he chooses—regardless of what others think or feel about his choices. The only proviso is that he may not violate the rights of others, which means, he may not force others to act against their own judgment. So, for instance, under liberty each person is free to earn as much money as he is willing and able to earn, and free to use that money as he sees fit—whether to save for retirement, or to invest in a business, or to buy health insurance or groceries or a yacht.

Under liberty, no one, including the government, may stop a person from acting on his own judgment, producing wealth, or keeping the product of his effort. In other words, under liberty—genuine liberty, the kind under which property rights are recognized and protected—people are free to be fully selfish. As Karl Marx complained, “The right of man to property is the right to enjoy his possessions and dispose of the same”; it is the right to do so “without regard for other men, independently from society”; it is “the right of selfishness.”2 Marx didn’t get much right, but he got that right.

This is why, as I have argued many times and in many ways in this journal, if one wants to defend the politics of freedom, one must defend the ethics of self-interest. The former is an application of the latter. And this is why altruism is entirely incompatible with freedom.

According to altruism, we are our brother’s keeper, and we must love our neighbors as we love ourselves. We may not ignore their needs or desires; we may not pursue only our own chosen goals and values; we must sacrifice our values, our time, our money for the alleged sake of others or “the greater good.” The political implication of altruism is, as Marx put it, “From each according to his ability, to each according to his needs.”3 Or, as Barack Obama puts the precept, we must “spread the wealth around” because “it’s good for everybody.”4

Whereas the principle of rights recognizes people as individuals who are properly free to pursue their values and live for themselves, the morality of altruism regards people as cogs in a collective who must sacrifice their values and live for others. Auguste Comte, the philosopher who coined the term “altruism,” put it clearly: “To live for others” is “for all of us a constant duty” and “the definitive formula of human morality”; it follows that “[a]ll honest and sensible men, of whatever party, should agree, by a common consent, to eliminate the doctrine of rights.” Altruism, Comte continued, “cannot tolerate the notion of rights, for such notion rests on individualism.” On the premise of altruism, he concluded, “[rights] are as absurd as they are immoral. . . . The whole notion, then, must be completely put away.”5

Why, then, do people accept altruism as true? What is the reason to “live for others”? The fact is, there is no reason to live for others—which is why no one has ever provided a reason. There are only appeals to consensus, authorities, and stories that say we should live for others.

If we care about liberty, we must demand reasons in support of the moral ideas that in any way affect liberty. We must commit ourselves to the policy of independent thinking—the policy of always looking at the facts of a matter and forming our own judgments on the basis of observation, evidence, and logic.

[W]e may as rationally hope to see with other men’s eyes, as to know by other men’s understandings. So much as we ourselves consider and comprehend of truth and reason, so much we possess of real and true knowledge. The floating of other men’s opinions in our brains makes us not one jot the more knowing, though they happen to be true.6

Consider what it means for an idea to make sense. It means that the idea makes it to the sensory level—that it is connected in one’s mind to the evidence of one’s senses. If we do not know how an abstract idea—such as the propriety of freedom or the principle of rights—connects to perceptual reality, then the idea does not make sense to us. And if we accept ideas that don’t make sense to us, then those ideas are, in Locke’s memorable phrase, merely “the floating of other men’s opinions in our brains.”

Altruism doesn’t make sense. There are no observable facts to support the claim that we have a duty to live for others. To accept altruism is to accept the floating of other men’s opinions in one’s brain.

According to egoism, that which furthers or promotes man’s life is the good; that which harms or destroys it is the bad.7 This principle is based on the demonstrable fact that the only reason we need values or morality is in order to live and prosper. As philosopher Ayn Rand observed, if we don’t want to live and prosper, we don’t need values or morality at all; we can simply stop thinking and acting, and nature will take its course. Our need for moral guidance arises only if we choose to live and only for the purpose of sustaining and furthering our life.8

The principle of egoism can be understood: It is supported by the fact that pursuing values, being productive, keeping the product of one’s effort, and respecting the rights of others are requirements of human life. Put negatively, if people don’t take such actions, they cannot live. And, to the extent that people are forced to act against their judgment or to relinquish the product of their effort—that is, to the extent that they are treated as serfs or slaves—they cannot live fully as human beings.

Although there is no reason to act in a self-sacrificial manner or to violate the rights of others, there is a reason to act in a self-interested manner and to respect the rights of others. The reason is that this policy is a requirement of human life and happiness—including, most importantly, our own life and happiness. Reasons don’t get any better than that.

Morality defines the good. Politics takes the idea of the good—as defined by morality—and applies it to the question of how people should live together in a society. If being moral is taken to mean sacrificing one’s values and living for others, then a “good” society will see to it that we sacrifice accordingly. If being moral is recognized to mean pursuing one’s values, living for oneself, and respecting the rights of others, then a good society will recognize and protect each individual’s right to his life, liberty, property, and pursuit of happiness.

Of altruism and egoism, one is a floating opinion; the other makes sense. Advocates of liberty need to think for themselves so they can see which is which. Otherwise, we can expect committed altruists to carry out their mission, which, in Comte’s memorable phrase, is to have rights “completely put away.”

Craig Biddle is editor of The Objective Standard and author of Loving Life: The Morality of Self-Interest and the Facts that Support It; Understanding Rational Egoism; and the forthcoming Forbidden Fruit for Teens: Moral Truths Your Parents, Preachers, and Teachers Don’t Want You to Know. His book in progress is “Thinking in Principles.” Biddle also serves on the board of directors of the Prometheus Foundation.
View all posts by Craig Biddle →
Sam Harris’s Failure to Formulate a Scientific Morality
Apple’s App Revolution: Capitalism in Action

4 Barack Obama’s answer to a question from “Joe the Plumber,” http://www.youtube.com/watch?v=RZcEHLr4gBg.