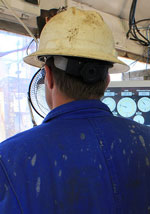 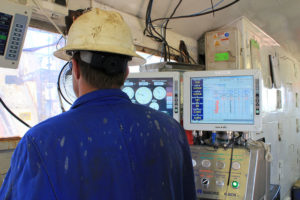 Oil producers in the “Bakken shale formation in western North Dakota and eastern Montana have produced 1 billion barrels of crude [oil]” as of the first quarter of 2014, reports the Associated Press:

North Dakota has generated 852 million barrels of Bakken crude, and Montana has produced about 151 million barrels through the first quarter of 2014, data show. Oklahoma City-based Continental Resources Inc., one the oldest and biggest operators in the Bakken, said two-thirds of the production has come in the past three years.

To grasp the extent to which the technology of fracking has accelerated oil production, some comparisons are helpful:

North Dakota began producing oil in 1951, when crude was struck on a wheat farm near Tioga in the northwest part of the state. The state tallied its 1 billionth barrel of oil in 1989 and the 2 billionth barrel in 2011. . . . Jim Halvorson, a petroleum geologist with the Montana Board of Oil and Gas, said his state has produced 1.8 billion barrels of oil since 1916.

We live in technologically beautiful times.

Correction: This article was originally posted with incorrect data regarding the timeframe and oil output. We have corrected the data here. —Editor

Dr. Craviotto: “Damn the Mandates and Requirements from Bureaucrats”
Kitchen Supplies that Enrich Our Lives—and the Men of the Mind Who Produce Them
Return to Top