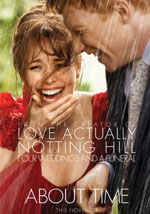 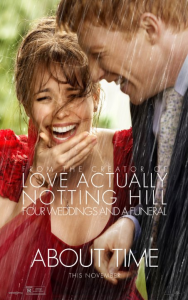 In the film, the males in a particular family have the ability to whisk themselves back to any day in their past (with some important exceptions) and relive it. Naturally, the young protagonist of the film, Tim (portrayed by Domhnall Gleeson), initially uses his strange power mostly to successfully court the woman he loves. Later, after he is married with children, Tim uses his power mostly to spend time with his father (portrayed by Bill Nighy)—and it is this familial love story that for me is the heart of the film. Gleeson and Nighy offer heartfelt, moving performances in these roles.

Egalitarianism versus Rational Morality on Income Inequality
On Memorial Day, Let’s Lift Our Heads and Speak
Return to Top