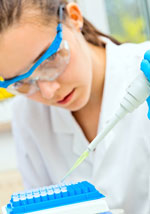 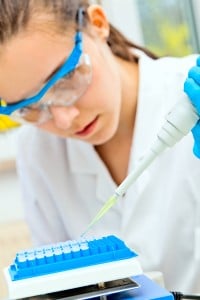 In 2008, twelve-year-old Elana Simon was diagnosed with fibrolamellar hepatocellular carcinoma, a rare and deadly form of liver cancer found in some 200 patients each year and treated only by resection (i.e., surgical removal). Fortunately, doctors detected and removed Elana’s tumor in time to save her life.

Post surgery, however, Elana was not done with this cancer. A few years later, after doing research for a high school internship, then sixteen-year-old Simon proposed a study to isolate the genetic mutation responsible for her disease. With the help of her father, a biophysicist at Rockefeller University; her surgeon, Michael LaQuaglia; and specialists at the New York Genome Center, she began collecting and studying tumor samples provided by her hospital.

These samples, however, were from relatively elderly patients and, while studying the samples, Elana found that they contained thousands of mutations that had accumulated as the patients had aged. These mutations obscured the responsible mutation. Elana’s solution? She reasoned, “if over time you keep getting more and more random mutations, wouldn’t you rather just study something that’s younger but [has] less of these random background mutations?”

In need of “younger” fibrolamellar samples, Elana helped create a Youtube video to publicize her study and to request tumor samples from around the United States. As a result, she and her team received samples from fifteen fibrolamellar patients and, in analyzing them, discovered a common link: a genetic mutation in the form of two fused genes. With this and related findings, the team is now developing diagnostics and treatments for the disease.

Elana, who is now eighteen and will study computer science at Harvard in the Fall, has coauthored a study of her results in the journal Science. The registry she built to aggregate fibrolamellar patient data continues to generate contributors for further research.

Best wishes to Elana as she continues her studies and research. Her commitment to science and her dedication to life are inspirations of the highest order.

View all posts by Varun Parameswaran →

After Hobby Lobby Ruling, How About Government Protect the Rights of Everyone?
No, Virginia, There Is No Moral Right to Throttle Uber
Return to Top