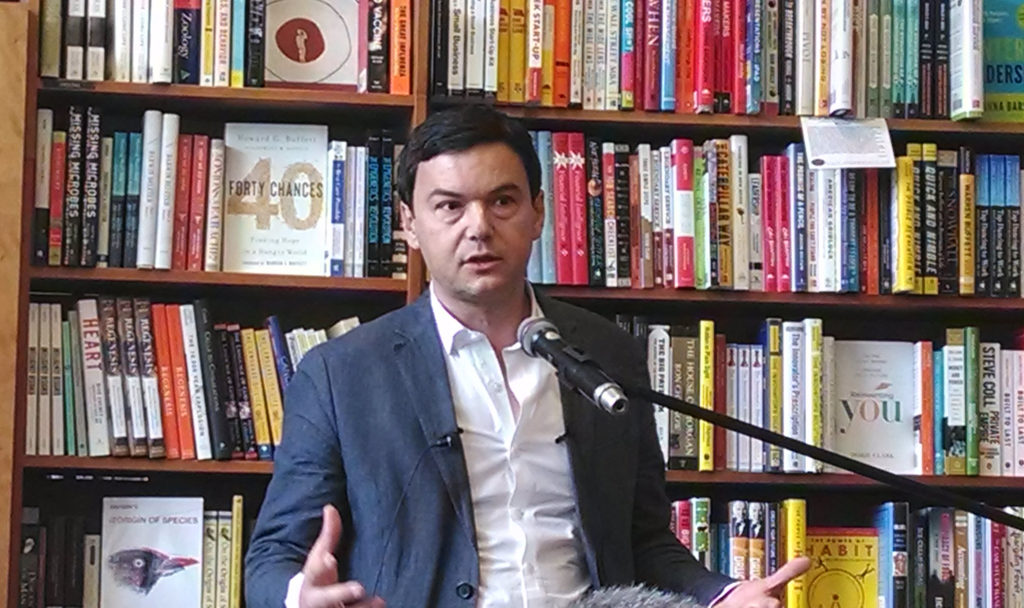 Listening to professor Thomas Piketty on EconTalk, I was struck by the banal drone of statistics and sly arguments from this author of Capital. In between monotonously glib recitations of data, he quickly inserted his argument that wealth must be taxed to preserve the social order.

However, he failed to answer his interlocutor’s question. Russ Roberts asked him, “Why should I care that others have more wealth than me?” Piketty artfully dodged the question.

Of course, the answer is that one should care. One should be grateful for those large concentrations of wealth for a simple reason: That wealth represents investment in productive enterprises. It does not sit in hoarded piles of gold hidden away on pirates’ islands or dictators’ safes. Rather, that wealth (by and large) is employed as financial capital in the form of stocks and bonds that are invested productively in the economy.

Those financial holdings represent factories, office buildings, transportation networks, the salaries at start-up enterprises, and the like. That capital fuels the productive machinery of capitalism. Out of it come the products we buy and the salaries we earn, as well as the dividends and interest payments we receive from our investments—which are part of that capital.

Seen this way, capital is the machinery that creates and raises our standard of living. And Piketty proposes taxing wealthier Americans at higher rates, thereby reducing the capital available to entrepreneurs.

Piketty stirs up resentment against the producers and holders of wealth, and then says we need to tax it away to assuage that resentment. Instead, as an economist, he should be explaining why wealth is good and how, in the hands of those who know how to invest it profitably, it leads to prosperity for everyone involved in the economy. Economists know this. They can’t not know it. It is a fundamental principle of their science.

But Piketty won’t acknowledge it. Why might that be?

Raymond C. Niles is a senior fellow at the American Institute for Economic Research and assistant professor of economics & management at DePauw University. He holds a Ph.D. in Economics from George Mason University and an MBA in Finance & Economics from the Leonard N. Stern School of Business at New York University. Prior to embarking on his academic career, Niles worked for more than fifteen years on Wall Street as senior equity research analyst at Goldman Sachs, Schroders, and Citigroup, and as managing partner of a hedge fund investing in energy securities. In addition to numerous articles in scholarly and popular publications, Niles has contributed book chapters to The Morality of Finance, and the recently published book, Coronavirus and Economic Crisis, edited by Peter G. Earle, and published by the American Institute for Economic Research.
View all posts by Raymond C. Niles →

One Response to The Banality of a Leftist: Thomas Piketty