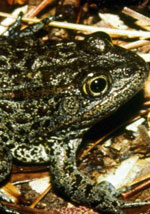 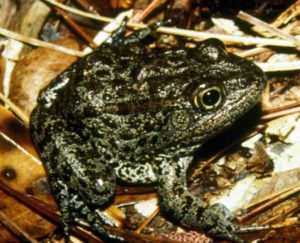 The Endangered Species Act empowers the federal government to effectively nationalize private property without even compensating the owners of the property. Writing for the Heritage Institute’s Daily Signal, Scott Blakeman describes a recent action under the law:

The U.S. Fish and Wildlife Service (USFWS) is seeking to protect the dusky gopher frog on the Endangered Species List by designating over 1,500 acres of private property in St. Tammany Parish, Louisiana as a “critical habitat” for the embattled amphibian.

But here’s the kicker: The frog hasn’t been seen on the land in question for over 50 years. . . .

In the case of the St. Tammany property, the economic analysis produced by the USFWS revealed that the “designation could preclude all development on the land, causing the landowners to lose as much as $36 million.”

It should be unnecessary in civilized society to point out that frogs do not have rights. They don’t. People do. And government’s sole proper function is to protect people’s rights, including their property rights. (For an explanation of what rights are, where they come from, and how we know this, see Craig Biddle’s “Ayn Rand’s Theory of Rights: The Moral Foundation of a Free Society.”)

The fundamental in this case is not whether the frogs in question have recently been found on the land, whether the species might prosper there, or how much money the property owners stand to lose. The number of frogs and the amount of money involved are tangential details. The fundamental is the principle of individual of rights and the fact that it is immoral and properly illegal ever to violate rights.

It is the year 2014. It is high time for people in the civilized world to understand what rights are, what they apply to, and how we know this. A civilized society does not sacrifice human beings and their rights to frogs.

Kids React to Apple II: “Look at How Humanity Has Used Their Intellect!”
Andrew Klavan and Bill Whittle Pretend to Analyze Ayn Rand
Return to Top