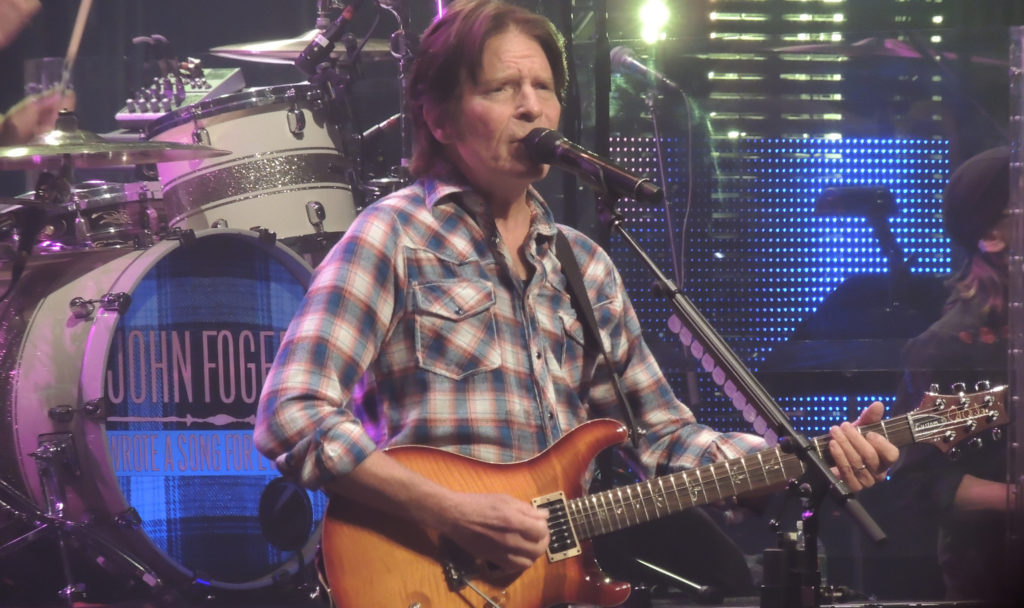 Creedence Clearwater Revival was the first major band to agree to perform at Woodstock.1 But only now, fifty years later, has their performance been officially released. The story of that half-century delay—and of the band’s short but legendary career—is one of vision and discipline, as well as bitterness and heartbreak.

Founded in 1959 by four Northern California junior high schoolmates—Stu Cook, Doug Clifford, Tom Fogerty, and his brother John Fogerty—the band originally called themselves The Blue Velvets and later The Golliwogs. Only in 1968, after Clifford and John Fogerty were discharged from the military, did they adopt the name that would become famous and produce the band’s first, self-titled album. Audiences loved its rhythm and ruggedness, especially the hit “Suzie Q,” but it was in the following year, when they released three albums in twelve months, that Creedence had its greatest impact on American music. Those records—Bayou Country, Green River, and Willy & the Poor Boys, followed by Cosmo’s Factory in 1970—included such modern classics as “Proud Mary,” “Bad Moon Rising,” “Fortunate Son,” and “Up Around the Bend.”

What made Creedence unique was a sound that combined blues and country, performed with a carefully crafted simplicity that eschewed the Dionysian antics of such performers as Jimi Hendrix or The Who. Although rich with guitar and bass hooks, most of their music has an unpretentious, even succinct style. “I think beautiful is simple and elegant,” said John Fogerty, who composed and sang lead on almost all of their songs.2 Creedence often played long jams—the Woodstock album alone contains two ten-minute performances—but their playing never was atonal or undisciplined, and it contained no flashy tempo changes or other effects that distract from the overall impression of a song. This integration resulted in singles that hold together like perfectly formed jewels. Even “Suzie Q,” the closest the band came to psychedelic rock, was carefully planned, note for note.3

That reflected Fogerty’s attitude toward music itself: serious, practiced, even perfectionistic. He drilled his bandmates in rehearsal after rehearsal, insisting that his songs be performed his way. His dictates sometimes were arbitrary and foolish, as when he decreed that the band no longer would play encores because they were “phony.” In 1972, personality clashes drove the band apart, destroying their friendship forever.4 Yet Fogerty’s focus was essential to Creedence’s success. “Was I sure-handed, a perfectionist, even bullheaded about what I wanted? Yeah, you bet,” he admits. “I was darn sure about my songs.”5

Creedence was known for not indulging in drugs, and although John struggled with alcohol later in life, he had only contempt for musicians whose habits interfered with their performances. “Not in my band,” he writes in his memoir, Fortunate Son. “You dare not be stoned playing music around me. . . . When you’re working, you’re supposed to be working.”6 A half century later, he still resents the unprofessionalism of the Grateful Dead, whose tardiness and debauchery at Woodstock (they took LSD on stage) delayed the show so long that Creedence’s performance didn’t start until 2 a.m.

In Fogerty’s eyes, Woodstock was a shambles. “It was like a scene from Dante’s Inferno,” he recalls, “the souls coming out of hell.”7 Equipment problems plagued their performance, and the newly released album carefully edits out Fogerty’s frustrated shouts at the stage crew. When the documentary film was made, he refused to participate—meaning that until this year, their part in the show could be heard only in poor-quality bootlegs. Even the new, remastered official release falls short of their best. Fogerty—who at seventy-four will be reprising Creedence’s Woodstock set list at concerts in Las Vegas this fall—explains his reluctance to see the record sold: “My mind-set was, why should I show the whole world we’re doing badly . . . ? We were doing great every place else.”8

That was certainly true. In 1969, the band outsold the Beatles and produced songs that became as fixed in the American repertoire as the works of Fogerty’s idol, Stephen Foster. And their music has lasted not just because of its driving rhythms and catchy guitar riffs, but also because it expresses a sense of life rooted in what one writer calls “ideals of ingenuity, individualism, and a pioneering spirit.”9 Their lyrics (“I can remember the Fourth of July / running through the backwoods bare”) and rough-hewn, bluesy tones draw listeners into a Tom Sawyer world of boyish awe, defiant pride, on-the-road independence, and carefree magnanimity. This explains their cross-cultural popularity, as Bruce Springsteen put it, with both “truck drivers” and the “hippie contingent.”10 For all of its apparent simplicity, Creedence Clearwater Revival’s music resonates because of the precision with which it was written, the discipline with which it was performed, and the bold and joyous spirit it evokes in its fans.

“You dare not be stoned playing music around me. . . . When you’re working, you’re supposed to be working.” —John Fogerty Click To Tweet

Timothy Sandefur holds the Duncan Chair in Constitutional Government at the Goldwater Institute and is a contributing editor of The Objective Standard.
View all posts by Timothy Sandefur →
One Girl One Dream by Laura Dekker
‘Awesome without Allah’: Helping Muslims Leave Islam

9. Lawrence Pitilli, “America as Patron and Muse: The Creation of the Blue Ridge Rangers,” in Kitts, Finding Fogerty, 102.