Yaron Brook (PhD, finance, 1994, University of Texas at Austin) is president and executive director of the Ayn Rand Institute. He lectures on Ayn Rand’s philosophy of Objectivism, business ethics, and foreign policy at colleges, community groups, and corporations throughout the world. His articles have appeared in academic business journals, popular newspapers, and magazines. His numerous media appearances include interviews on Closing Bell (CNBC), the O’Reilly Factor and Glenn Beck (Fox News Channel), and Front Page with Allen Barton (Pajamas TV). As an entrepreneur, Dr. Brook co-founded the venture-capital consulting firm BH Equity Research in San Jose, California. And as an award-winning professor, he taught finance at Santa Clara University before joining ARI.

Alex Epstein is founder and president of the Center for Industrial Progress, a for-profit energy think tank. He is the author of Fossil Fuels Improve the Planet and the forthcoming book The Moral Case for Fossil Fuels. He is a regular columnist at Forbes.com, and his writings have been published in the Wall Street Journal, the San Francisco Chronicle, and Investor’s Business Daily, among many other publications. Alex's work has been featured in Rolling Stone, National Review, and Business-Superstar. He been a guest speaker at dozens of universities, including Stanford, Duke, Rice, and UCLA. He has debated Greenpeace, 350.org, and the Sierra Club on energy and environmental issues. 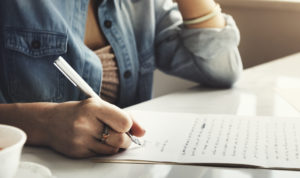 Yaron Brook and Alex Epstein answer a letter about the purpose of war versus the tactics of war.

Energy at the Speed of Thought: The Original Alternative Energy Market

Surveys the history of the U.S. energy industry, with special emphasis on oil as the lifeblood of the modern world and on freedom as the condition that enabled oilmen to make it flow.

Vindicating Capitalism: The Real History of the Standard Oil Company

Examines the inception and rise of Standard Oil, demonstrates that the company’s immense success was the result not of so-called “anti-competitive” practices or “predatory pricing” but of its superior efficiency and productivity, and does long-overdue justice to one of the greatest producers of life-serving values in history: John D. Rockefeller.

Yaron Brook and Alex Epstein answer a letter regarding foreign policy and Iraq. 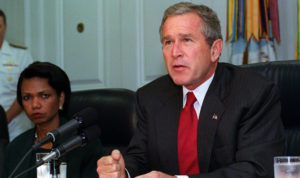 Surveys the manifest failure of neoconservative foreign policy, which is alleged to be in America’s “national interest,” zeros in on the fundamental reason for that failure, and calls for the only moral and practical alternative to it: a foreign policy of genuine American self-interest.

Letters pertain to Lisa VanDamme’s article on the hierarchy of knowledge in teaching, and to the article by Yaron Brook and Alex Epstein on just war theory.

Presents the principles of “Just War Theory”—the disastrous, altruistic theory underlying and guiding the Bush administration’s so-called “War on Terrorism”—and contrasts them with the principles of a proper, egoistic approach to American self-defense.